“Essential viewing for anyone interested in better understanding the class of men who run our country.” Read on for the verdict on last night’s TV. 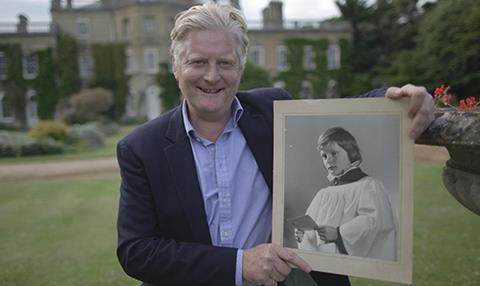 “It’s a brilliant film: an objective portrait of a very peculiar institution… This is more than a film about private education, though. It’s about childhood, families, generations, success, failure, growing up, work, having – or not having – children. It’s about people and life.”
Sam Wollaston, The Guardian

“A Very English Education was essential viewing for anyone interested in better understanding the class of men who run our country. This humane and genial documentary also contained insights that a commoner might appreciate: namely that even for the über-privileged, life doesn’t always turn out the way you expect it to.”
Ellen E Jones, The Independent

“Director Hannah Berryman struck a perfect balance between archive and new footage, developing the boys’ stories with a skilful sense of narrative.”
Terry Ramsey, The Telegraph

“This was a programme to make any of the participants’ parents wonder if they had not badly squandered £3,000 a year back in their financial prime… A very necessary follow-up.”
Andrew Billen, The Times

“Portillo is an amiable travelling companion, a faintly pompous aesthete but a charmer. You can’t help laughing at him, but there’s no malice in it… His travelling wardrobe deserves a show of his own.”
Christopher Stevens, Daily Mail

“In it’s former midweek early evening slot, the vagueness of Portillo’s travelogue didn’t matter: it felt like flipping through a series of picture postcards before the main evening’s viewing. At 8pm on a Sunday, though, it’s like being given tapas when you were hoping for a roast dinner.”
Matt Baylis, Dailly Express

“This series of Downton started well enough but recent instalments have started to slow down. It feels as if the attack on Anna in episode three was the main event and only now does writer Julian Fellowes feel he is obliged to start teeing up other serious plot developments.”
Terry Ramsey, The Telegraph

“It was difficult to get swept up in the plot due to the distractingly clunky script. Although series supremo Joss Whedon’s dialogue fizzed with his trademark whip-smartness in brief flashes, most of the time it was crammed with crowbarred exposition and hammy cliché.”
Michael Horgan, The Telegraph

“What, you have to ask, has happened to the super-sophisticated plotting and pacing, the brilliant layering of multiple storylines that put Homeland so far ahead of the competition in season one? This used to be the edgiest show on TV. Is it really possible it could have regressed so to the point where its storytelling is as bone-headed as Dallas?”
Gerard O’Donovan, The Telegraph

“HBO famously spent a record $18m on the first, Martin Scorsese-directed episode of Boardwalk Empire, but the real noteworthy achievement is that every episode since has looked just as lushly cinematic… Boardwalk Empire’s secret is a painstaking attention to historical accuracy that makes it all seem so effortlessly cool.”
Ellen E Jones, The Independent