“It was like a Fisher Price Game of Thrones – but not nearly as good as that sounds.” 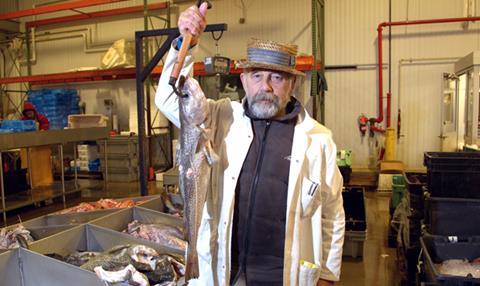 “With squelchy sword stabbings, flying CGI dragons and epic battles for kingdoms, it was like a Fisher Price Game of Thrones – but not nearly as good as that sounds. Jack Donnelly (as warrior hero Jason) and Aiysha Hart (as newly crowned Queen Ariadne) had about as much chemistry as two damp flannels draped over the side of a chipped enamel bath.”
Michael Hogan, The Telegraph

“Atlantis, with its whiff of magic and its trio of adventurers as timeless as the myths themselves, is such flawless, family-friendly Saturday-night sofa material that it might have come from Mount Olympus itself.”
Matt Baylis, Daily Express

“Atlantis is intended to appeal to adults and children alike. That’s a difficult tone to perfect and it hasn’t quite done so yet. What’s wanted is a fantasy adventure with added sophistication; this was only a fantasy-adventure minus the laughs.”
Ellen E Jones, The Independent

“Admittedly, I’m not really the target audience, and the kids are sure to like it. But if this is supposed to be family entertainment, there should be something for Mum and Dad too.”
Sam Wollaston, The Guardian

“Atlantis is a brave attempt to emulate the grand spectacle of Game Of Thrones on a fraction of the budget. When Sarah Parish, as the warrior queen Pasiphae, and Mark Addy as Hercules, weren’t on screen, though, it was mainly a succession of throat-cuttings and impalings, knife-fights and beheadings. It is probably no longer suitable for under-tens.”
Christopher Stevens, Daily Mail

“Roger Barton made an engagingly gruff guide on new three-parter World’s Greatest Food Markets. There was a suspicion of production team string-pulling. However, it was heart-warming enough and Barton was craggily characterful.”
Michael Hogan, The Telegraph

“The only dull thing about World’s Greatest Food Markets last night was the title, which should have been A Bastard Abroad. Will Lorimer’s documentary was an unexpected joy, not least because for the first time ever the bastard turned out to be the nicest guy, and warmest fish, in the room.”
Andrew Billen, The Times

“Like the Billingsgate documentary that turned Barton into an unlikely presenter, this was TV that landed bigger fish than it promised to, telling us not just about the market but the oceans of human history washing in and out.”
Matt Baylis, Daily Express

“The Bastard didn’t quite live up to his title, but any initial reticence on his part was more than made up for by the rich colour of his surroundings. You could smell the fresh cod, feel the chill of those 3am starts and taste the muddy jellied eels.”
Ellen E Jones, The Independent

“Judging by this series opener, I’m a Celebrity is going to have to work a lot harder to capitalise on the ratings successes of previous years. Ant and Dec’s scripted gags are beginning to grate, and the mixture of celebrities is not an enticing one.”
Ben Lawrence, The Telegraph