“This show could have done with a bit more meat.” Read on for the verdict on last night’s TV. 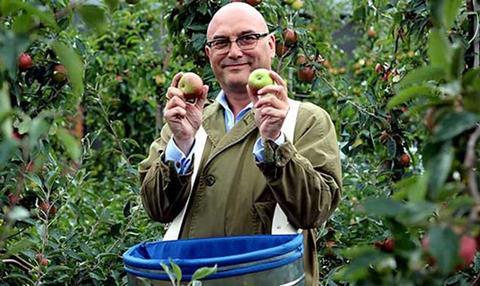 “Far from revealing any secrets, the story in which Wallace seemed most interested was just what an amazing job the supermarkets were doing to bring us all the different foods and household products we wanted. Over on the commercial channels, supermarkets have to pay for adverts like this.”
John Crace, The Guardian

“Gregg’s interviewing style, all elbows and energy, helped to strip through the jargon. He seemed about to shake a diffident manager in a pie factory to discover whether any horsemeat went into the pasties. The poor man was so scared he was willing to confess to anything… even the recipe for the supermarkets’ cheapest meat pies.”
Christopher Stevens, Daily Mail

“There was no encouragement to eat seasonally; no mention of food ethics – even horsemeat only made it into the odd punchline. The most serious it got was some sci-fi music, as tonnes of apples were stored in air of 1 per cent oxygen… To go with all the food-waste headlines circulating recently, I would add: this show could have done with a bit more meat.”
Alex Hardy, The Times

The Dark Matter of Love, BBC4

“Some searching questions were raised in The Dark Matter of Love, and yet there were still too many that went unasked… We were never told what processes they had had to go through before they were given permission to adopt, nor were the ethics of bringing three children back to the US from Russia ever up for grabs. From the way it appeared on camera, their Russian heritage was something to be eliminated and forgotten as fast as possible.”
John Crace, The Guardian

“Too many such documentary series ask us to buy into huge personal transformations that apparently take place over the course of the commercial break. The Dark Matter of Love made clear that the footage of the Diaz family was gathered over months and years, and somehow this made the tiniest triumphs all the more moving.”
Ellen E Jones, The Independent

“What began as a cartoon turned into a group portrait of great tenderness. I can’t remember the last time I was so moved by a documentary… McCarthy and her cameraman captured moments of excruciating emotional intensity.”
Horatia Harrod, The Telegraph

“Poirot remains profoundly and, given our current taste for depressing verisimilitude in crime thrillers, unfashionably unserious… I will be sad to see him go, because even when he is cracking the hoariest of old chestnuts, Suchet is never less than passionately committed to his character.”
Horatia Harrod, The Telegraph

“The cast was crammed with well-known faces… Best of all was Sinead Cusack, the celebrated Shakespearean actress who also happens to be Mrs Jeremy Irons, as deposed lady of the manor, Mrs Folliat… [But] Suchet, as ever, stole the show. He has been Poirot for a quarter of a century, and still finds new twists.”
Christopher Stevens, Daily Mail

“In this mystery, Poirot was, for want of a better word, different: more passionate, less cool, and I liked it. Some will doubtless complain that last night’s Poirot was out of character but there they have an expectation that characters must never change. We do, so why shouldn’t our heroes?”
Matt Baylis, Daily Express