“Babylon was not quite as great as the sum of its parts and the problem lay in Danny Boyle’s direction.” Read on for the verdict on last night’s TV. 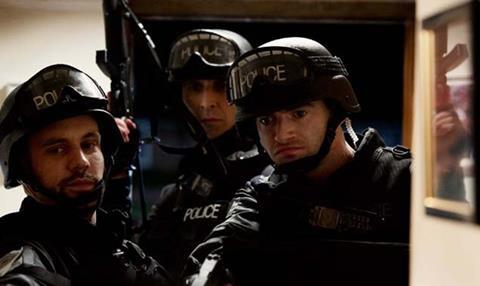 “There has been much talk of television becoming too Americanised in its hunt for quality, but this is a prime example of taking US TV’s most appealing trait – its ambition – and applying it without compromise to a British sensibility.”
Rebecca Nicholson, The Guardian

“Bain and Armstrong displayed their gift here for relating the Kafkaesque absurdities of modern-day protocol. [But] Babylon was not quite as great as the sum of its parts and the problem lay in Danny Boyle’s direction. His filter of coolness was at odds with the very British, rather dyspeptic dialogue.”
Ben Lawrence, Daily Telegraph

“The goings-on in the bright, modern corridors of Scotland Yard provide quick-witted political satire in The Thick Of It mould. Sadly, it kept pulling in other directions, leaving the corridors of power to go out on the streets with the woodentops, a bunch so inept they made the Keystone Cops look like The Sweeney.”
Matt Baylis, Daily Express

“At the Yard, Marling and Nesbitt hold the comedy together perfectly by slyly naturalistic performances. The problems are when we get on to the streets with the uniformed coppers, some of whom are practically Keystone Cops.”
Andrew Billen, The Times

“If you’re one of those who believes that the only thing separating a critically lauded TV crime thriller from a critically panned one is the subtitles, BBC4 has a surprise. Flemish-language Salamander was as dull and clichéd as anything ITV2 primetime has to offer.”
Ellen E Jones, The Independent

“Perhaps we’re now too familiar with the style of European TV drama: the low lighting, the no-nonsense direction. But while Salamander doesn’t break new ground, it does have a compelling plot.”
Ben Lawrence, Daily Telegraph

“Original it is not, apart from the Flemish dialogue. Accompanied by beer and chocolate, it’s still a treat.”
Matt Baylis, Daily Express