“The pity was that Barely Legal Grafters was unwilling to push for details.” 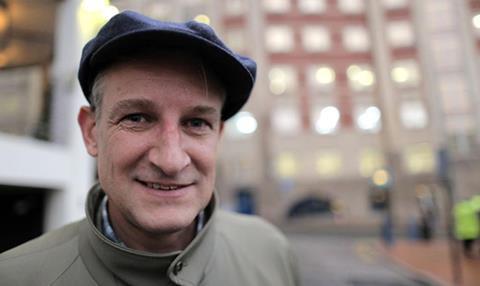 “The programme followed various entertaining sorts doing their bit for society by dodging the system as much as they can – all for our benefit, of course. We may all get a small kick from sticking it to the ‘Man’, but I had a small grain of admiration for those brave – or mad – enough to make it their livelihood.”
Daisy Wyatt, The Independent

“My favourite is ticket tout Slim. He’s certainly a television natural, so much so he has already featured on one Channel 4 documentary about touts.”
Sam Wollaston, The Guardian

“The pity was that Barely Legal Grafters was unwilling to push for details. There was a compelling human story just below the surface here, and we weren’t getting any of it because the film-maker simply didn’t like to ask. It was intensely frustrating.”
Christopher Stevens, Daily Mail

“I found myself not feeling any of the manufactured sympathy the film-makers worked so hard at. But I did pity, because a curious karma was at work. For all Mark and Slim’s talk of “freedom”, they never smiled. Never have two men looked more stressed, lined, sad or exhausted.”
Helen Rumbelow, The Times

“Among the Barely Legal Grafters who featured on Max Shapira’s film, there seemed to be a common thread. They hadn’t started out as rule benders and they weren’t that keen on their chosen careers. The only person who did seem to enjoy their barely legal grafting was a chap who’d ditched a career in advertising to smuggle cigarettes. That perhaps, tells us something about advertising.”
Matt Baylis, Daily Express

The Jihadis Next Door, Channel 4

“Jamie Roberts was absolutely right to make this documentary. It is important and brave, even if it might be hard to even begin to understand people who are so unflinching, unquestioning and blind in their conviction, and who can laugh so casually at a tea-time murder video.”
Sam Wollaston, The Guardian

“The documentary avoided having an agenda about such an incendiary issue. When the extremist group preached in public, fellow Muslims were always shown speaking out against them. The film did well to raise so many questions about how to tackle radicalisation, even if the solution seems so complex.”
Daisy Wyatt, The Independent

“It was heartening to see in this film how truly despised the extremists were within the Muslim own community. For these reasons alone it can only be a good thing for films like this to be made and aired.”
Gerard O’Donovan, The Telegraph

“Manchester’s Serial Killer? posed the question: is there a multiple murderer on the loose, pushing young men into the city’s canals late at night? The conclusion was: your guess is as good as anyone’s. The former policeman assigned by Channel 4 to investigate the drownings could offer no insights at all. Only one thing was for certain. That ex-copper will never get his own detective series.”
Christopher Stevens, Daily Mail

“The programme was about looking for a serial killer who doesn’t exist. You can’t blame them for fudging that in the title but it added unwelcome sensationalism to an already charged and emotional story.”
Matt Baylis, Daily Express

“Phone Shop Idol feels a bit like a spoof documentary series. From the start candidates headed into sub-The Apprentice territory, too many over-gelled hairstyles, too much talk of ‘passion’.”
Helen Rumbelow, The Times