“I learned that hybrid TV – this is clearly a mix of other shows nicked from other channels, Gogglebox, The Gadget Show/Gadget Man – can be successful. It’s fun.” 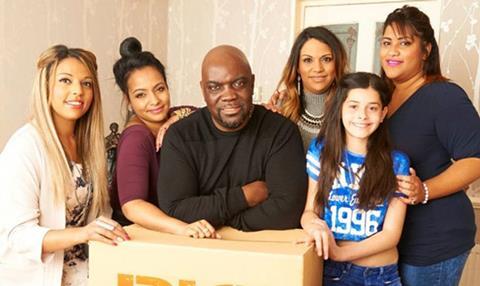 “The first edition of six failed as The Gadget Show because the testers of the Bluetooth phone-glove, electric micro-car and infra-red home sauna did not know what they were talking about. It did not work as Gogglebox because they had clearly all been encouraged to give a performance.”
Andrew Billen, The Times

“The instant stars were a retired couple, Jane and Ford. They fussed, they chided, they mucked around, and they glowed with contentment. Above all, they radiated pleasure in each other’s company, which made them a joy to watch.”
Christopher Stevens, Daily Mail

“I learned that hybrid TV – this is clearly a mix of other shows nicked from other channels, Gogglebox, The Gadget Show/Gadget Man – can be successful. It’s fun.”
Sam Wollaston, The Guardian

“The testers were game to try out anything, which is just as well because, Sid, dad of Ilford’s Selant family, looked very silly indeed conducting a conversation with his hand, while out on a shopping trip to the high street.”
Ellen E Jones, The Independent

“Overall this was an illuminating and curiously positive film about dementia, one that highlighted the benefit for everyone of putting respect for the patient and their experience at the heart of treatment.”
Gerard O’Donovan, The Telegraph

“At the end of the hour, it was hard to leave the residents of Poppy Lodge behind, when clearly there are so many more life stories here to be told. Happily, there are still two more episodes to come.”
Ellen E Jones, The Independent

“There are questions to be asked about this programme. The punchline smacked of Surprise Surprise or even Murder in Successville. Still, the Butterfly approach looks worth a try, if only because Poppy Lodge’s residents were not sitting like zombies against the walls of a giant sitting room but being engaged with as individuals.”
Andrew Billen, The Times

“I can see the Butterfly approach could be less stressful, for patients, for carers, for everyone, even if it is living a kind of lie. But the whole thing did make me worry about whether what I think is my own life is in fact reality.”
Sam Wollaston, The Guardian

The Truth About Your Teeth, BBC1

“This show was the TV equivalent of halitosis. It was revolting to see, and the excruciating sound of a dentist’s drill made it even worse. This was about as entertaining as a programme about ingrowing toenails.”
Christopher Stevens, Daily Mail

“You needed a strong stomach to watch it as, without warning, the camera honed in on some pretty unappetizing mouths. Still, the nation needs educating.”
Virginia Blackburn, Daily Express

“I thought Xand and Chris were a double act – it’s like a show presented by just Ant. Anyway, I learned that the dentist’s drill may soon be a thing of the past. I like the sound of that.”
Sam Wollaston, The Guardian