“There have been quite a few programmes looking at the social and cultural impact of pop music – but none with such a charismatic, opinionated and downright entertaining presenter.” 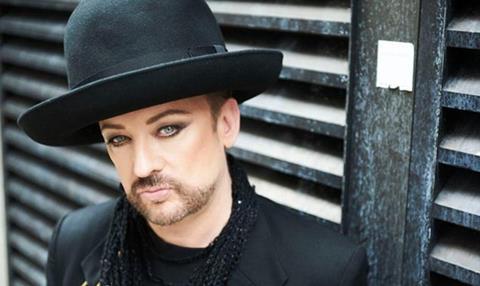 “There have been quite a few programmes looking at the social and cultural impact of pop music as part of BBC Music’s ‘My Generation’ season – but none with such a charismatic, opinionated and downright entertaining presenter as Boy George’s 1970s on BBC2.”
Jeff Robson, The i

“The non-George footage – strikes, power cuts, skinheads, punks and new romantic types – sometimes threatened to make this look like every other documentary. We’ve seen Andrew Marr and Dominic Sandbrook front the same package of clips but while they may have lived through the era, Boy George was the era – and that made a difference.”
Matt Baylis, Daily Express

“The race is interwoven with the story, expertly and teasingly, so that they complement each other – a triumph of editing. By the end, I was chewing my knuckles with anticipation and nervousness.”
Sam Wollaston, The Guardian

“It was an intriguing portrait of a genial but seriously competitive man and an evocative study of a race where drivers experience the speed and intensity of a Formula One grand prix – but for hours on end.”
Jeff Robson, The i

“As the first instalment of this stunning new nature series showed, wildlife, geography and people are so tightly bound you can barely see the joins.”
Matt Baylis, Daily Express

“The scenery is the star here – big and badass, wild and western, truly gritty, unmistakably American. To be honest, there’s not an awful lot of natural history around here; it’s too harsh.”
Sam Wollaston, The Guardian

“As Victoria has grown into majesty, so has Jenna Coleman in the part. As the end-credits rolled over a royal nativity and Martin Phipps’s superb theme tune, I realised I would miss Victoria immensely.”
Andrew Billen, The Times

“With its panting emotions and sumptuous costumes, this series has swept us away. ITV took a major risk by scheduling it as its early-autumn mainstay on Sunday nights… but, just like the Queen, the show has borne the pressure.”
Christopher Stevens, Daily Mail

“The only thing wrong with Saturday’s Michael Palin Meets Jan Morris was that half an hour was nowhere near enough to do justice to a remarkable talent and a remarkable life.”
Andrew Billen, The Times