“It was lucid stuff, stylishly shot, and Dr James Fox made an engagingly enthusiastic guide.” 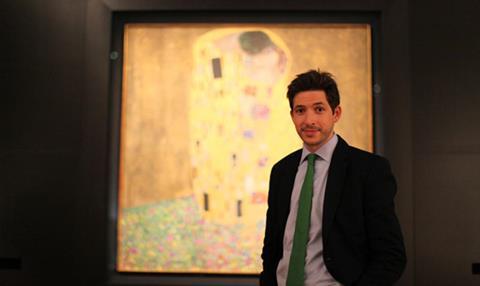 “It was lucid stuff, stylishly shot, and Dr James Fox made an engagingly enthusiastic guide. He was a fine storyteller, adding spice with gossipy anecdotes.”
Michael Hogan, The Telegraph

“Although I wasn’t entirely convinced, this bounced along nicely. Particularly the section in Vienna’s Café Central, which seemed less coffee shop than GCSE syllabus made flesh.”
Catherine Nixey, The Times

“Fox’s list of the big events of 1908 Vienna was impressive. But, to be honest, he had me at Hitler, Freud and Trotsky in the same cafe.”
Tim Dowling, The Guardian

“Suspects sucks all the glamour out of its portrayal of policing in London, giving the programme an arresting authenticity. But the plot was absurdly fast-moving, and at times could be rather far-fetched. Overall, however, Suspects was sassy, gritty and cynical.”
Jake Wallis Simons, The Telegraph

“Suspects is a great concept and it deserves to work. But the balance has to be right. At the moment, it just looks as if the producers are too stingy to hire proper writers.”
Christopher Stevens, Daily Mail

“Suspects is a terrific drama and it doesn’t glamorise the subject matter.”
Virginia Blackburn, Daily Express

“This was an educational episode, as we learnt about proving drawers, the ‘window pane test’ for dough and that Sue Perkins’s co-host Mel Giedroyc speaks sexy Italian.”
Michael Hogan, The Telegraph

“This is comfort viewing, uncannily close in this case to comfort eating. Put it on every night. We could do with some cheer.”
Virginia Blackburn, Daily Express