“This first-ever visit by TV cameras provided more than a voyeuristic peek behind the perimeter walls; it gave an insight into some of the troubled minds confined within.” 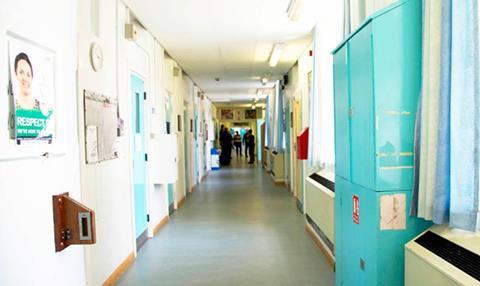 “This seemed to be the version of Broadmoor that Broadmoor wanted us to see. Perhaps to expect anything else is, like the common portrayal of the institution, unrealistic.”
Sally Newall, The Independent

“I wouldn’t doubt for a moment that the decision to let cameras in was undertaken with the best of motives and intentions. I do doubt that the actual gains will end up outweighing the potential risks. But then, the doctors and nurses going into Broadmoor every day to try and help put these broken people back together show more faith in human nature and the human spirit than I could muster in a lifetime, so I shall try in turn to trust that they know best.”
Lucy Mangan, The Guardian

“Broadmoor is a place very few people have been to, so last night’s documentary was bound to be fascinating. But this first-ever visit by TV cameras provided more than a voyeuristic peek behind the perimeter walls; it gave an insight into some of the troubled minds confined within.”
Terry Ramsey, The Telegraph

“[Michael] Portillo spent too much time burnishing his charisma to deliver much of a history lesson. ‘I have received a warm welcome and have had fun,’ he told us at the end. Well, good for him.”
Andrew Billen, The Times

“Although the train journeys, which follow the Bradshaw’s railway timetable of 1913, are but one slender twig of Mr Portillo’s TV portfolio, they are very good at showing the presenter in a different, affable light (taste in linens notwithstanding). A jolly journeying companion, he manages to point to the underlying history (a touristic Europe on the brink of apocalypse) without the lecturing of the experts or the fake tears of the celebrities.”
Matt Baylis, Daily Express

Secrets of the Universe: Great Scientists in Their Own Words, BBC4

“The programme didn’t engage in counterfactuals – it was covering too much material at too much of a gallop already – but after a while it began to feel like quite an oversight…By the end you could only ask – should a science documentary be raising so many more questions than it answers?”
Lucy Mangan, The Guardian