“Made-up mysteries will never go out of fashion but shows like this prove true crime is just as powerful.” 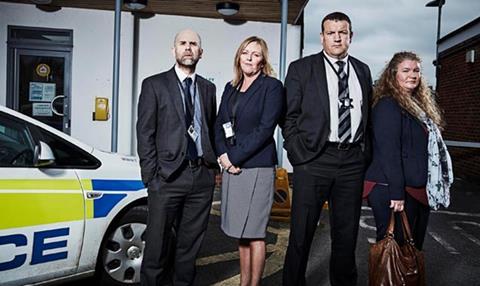 Catching a Killer: The Search for Natalie Hemming, Channel 4

“Catching a Killer showed the reality of detective work to be, unlike Lethal Weapon, slow and painstaking, while also proving that a fly-on-the-wall documentary reflecting this needn’t be dull. Anna Hall’s film had your critic riveted to the sofa.”
James Jackson, The Times

“The constant soundtrack of windchimes and eerie glockenspiel was irritating and unnecessary. But it couldn’t detract from the impact of the interviews, most of all the way a detective sensitively coaxed crucial information from Natalie’s six-year-old son.”
Christopher Stevens, Daily Mail

“The documentary holds your attention like the best police dramas. It’s only once you know it’s all done out of a desire to extract something positive from Natalie’s death that it begins to feel a bit less ghoulishly voyeuristic.”
Amelia Gentleman, The Guardian

“Made-up mysteries will never go out of fashion but shows like this prove true crime is just as powerful.”
Matt Baylis, Daily Express

“I loved hearing Skinner’s description of how, when he was five or six, his dad would tap at his bedroom door in the middle of the night, waking him up so they could listen to boxing matches being broadcast on the radio from America. Skinner smiles all the way through, clearly thrilled to be filming this tribute.”
Amelia Gentleman, The Guardian

“As an hour of hero worship, Frank Skinner on Muhammad Ali was a pure indulgence, but right from his opening story of how, as a boy, he’d listen to the Cassius Clay fights on the radio, the comic had me on board.”
James Jackson, The Times

“It was more of a starry-eyed sightseeing tour than a serious documentary. Ali was an astonishing man. As an athlete and a figurehead in the battle for racial equality, he may never be surpassed. But Frank only met him at a book signing and it is impossible to love someone deeply if you never knew them.”
Christopher Stevens, Daily Mail

“The Great Village Green Crusade saw Red Dwarf star Robert Llewellyn leave his Cotswolds home for Las Vegas. When you begin with Vegas, of course, it’s a struggle to keep up the pizzazz and much of the remainder was worthy but dull.”
Matt Baylis, Daily Express

“Our host ambitiously described his film as ‘The Archers meets An Inconvenient Truth’ but it didn’t live up to that billing. Nevertheless, this was an admirable project, driven through with passion by the dogged Llewellyn. Unfortunately, that doesn’t mean it made good television.”
Michael Hogan, The Telegraph