TV Critics: Cats v Dogs; Keeping Up With the Khans; The Brain

“For most of the show I was sat there like a bored Labrador, waiting for someone to throw me a bone.” 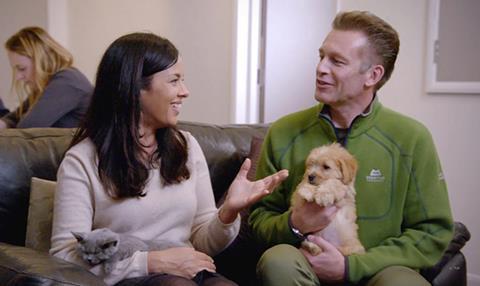 Cats vs Dogs: Which is Best?, BBC2

“My problem with Cats and Dogs: Which Is Best? wasn’t the daftness of the title nor the slightly insipid presenters, but the fact that they were telling me what I already knew. So for most of the show I was sat there like a bored Labrador, waiting for someone to throw me a bone.”
Sean O’Grady, The Independent

“Never mind whether dogs have bigger brains than cats, the director of this preposterous two-parter, Davina Bristow, seemed to take us viewers for halfwits. An experiment should be done to see if we preferred watching Cats v Dogs or watching hot water being poured on to a Pot Noodle.”
Christopher Howse, The Telegraph

“The idea was not as daft as it seemed: more of an excuse scientifically to measure the super powers of both species. Of course it is really comparing apples and pears, except that would be easier.”
Andrew Billen, The Times

“A lot of it isn’t so surprising. But it’s still fun to witness Boris the bloodhound tracking Chris through Manchester. And, even better than the science, there’s some YouTubery. You know, skateboarding, surfing: what the internet was invented for.”
Sam Wollaston, The Guardian

“There were moments to make us marvel. In the end, though, all this showed was the limitations of science. Whether you prefer cats or dogs, that’s an instinctive and emotional choice, and no battery of experiments can change it.”
Christopher Stevens, Daily Mail

“Based on Chris Packham and Liz Bonnin’s investigations last night I’d say this. If you’re putting together a squad of Olympic athletes, or a crack team of detectives or accountants, then the fitness, trail-following and counting abilities of dogs will be more useful than a cat’s. If you’re just looking for a furry companion, there’s nothing in it, or nothing science can help you with anyway.”
Matt Baylis, Daily Express

Keeping Up With the Khans, Channel 4

“Keeping Up With the Khans, made by the people who brought us Benefits Street, seems much less of a freak-show. Instead, it was a slice of life in streets that most will never visit.”
Christopher Howse, The Telegraph

“The series’ ambition is to be welcomed. The team have not cracked the narrative, however. Neither Steve, nor the curmudgeonly Bert, who issued his obiter dicta on immigration from a mobility scooter, were anything like as good value as White Dee.”
Andrew Billen, The Times

“It is better than its crass title: a portrait of a place with a lot of recent arrivals and all the tensions that causes, seen from all sides but mainly from the arrivals’. It’s serious, but also human, and humourous.”
Sam Wollaston, The Guardian

“Dr David Eagleman tried to use science to define human consciousness on The Brain, and ended up with a muddle of useless, vague metaphors. He also argues that we are all effectively robots, incapable of free will or independent decisions, so he won’t be offended when I say I find him insanely irritating.”
Christopher Stevens, Daily Mail