“Gripping for all the right reasons.” Read on for the verdict on last night’s TV. 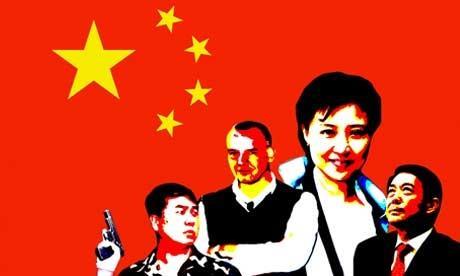 “Dispatches’ film about the murder of Neil Heywood, the British businessman who died in mysterious circumstances in a Chinese hotel room, did precisely the opposite of what such crime investigations usually do. The goal generally is to leave the viewer less uncertain about what happened rather than more… Dispatches restored a sense of just how dangerously murky politics in China can be. Gripping for all the right reasons.”
Tom Sutcliffe, The Independent

“If this was a drama, you’d claim it was a step too far, belief not just suspended but hung, drawn and quartered… It would be farcical, laughable even, a kind of Chinese Midsomer Murders, if there weren’t a real human tragedy – Neil Heywood’s death – at its heart… [But] it’s a proper and thorough investigation, an extraordinary story told better here than it has been before. All it lacks is answers, and an ending. Which it will probably never get, given the machinations, duplicity, divisions and dark forces at play within the Chinese Communist party.”
Sam Wollaston, The Guardian

“An unusually compelling episode… We’d love to believe that Heywood was a spy who’d uncovered profound secrets that might have unseated the Chinese Communist party. The reality seems to be that he was collateral damage, as irrelevant to the key players in this drama as the UK economy is to China’s.”
Matt Baylis, Daily Express

“It lacks the warmth of The Simpsons and the smartness of Family Guy. It’s baser, more British, more about arses, and blow jobs, and shagging the Queen, wey hey. If you’re puerile, a 13-year-old boy at heart, it may amuse you. I think it’s hilarious.”
Sam Wollaston, The Guardian

“Step forward Full English, a new animated series with words by brothers Harry and Jack Williams and pictures by Alex, son of Gerald Scarfe. This team has gutted modern Britain as easily as Ottolenghi’s fishermen did those sardines – and given the intestines a good old tickle while they were in there. More commissioining like this, please.”
Alex Hardy, The Times

“Michel Roux introduced us to a world as celebrity-obsessed as our own… As well as inventing the first commercial stock cube, Escoffier is credited with having brought the notion of eating out to Britain. Many of the elements he introduced, from rude waiters to incomprehensible French menus, still characterised British dining in the late Seventies.”
Matt Baylis, Daily Express

“How deftly Roux told the tale of Escoffier’s influence. Thank you Escoffier. But also, thank you Roux. A man who tells it all with smiling enthusiasm, yet we know can also crack like a rose-petal macaroon at the sight of a misplaced thumb print on one of his plates.”
Alex Hardy, The Times

“The style of the thing is unsettlingly lurid from a director as scrupulous about television history as Rees. It employs CGI graphics to frame its archive, overlaying it with blooms of flame and verbal highlights… Even more alarmingly, there are moments of dramatisation, although the dialogue remains untranslated from German and mercifully no one turns up as Hitler. But if you can overlook those slightly uncomfortable details, there is very gripping material here, some of it – and this is far more uncomfortable – gripping precisely because of Hitler’s malign skill as a public speaker.”
Tom Sutcliffe, The Independent