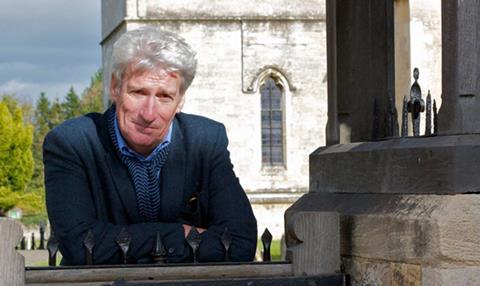 “The colour film looked almost contemporary — it was startling to see De Gaulle and Eisenhower among the mourners, with a young Queen and four prime ministers: Wilson, Douglas-Home, Macmillan and a very old, stumbling Clement Attlee. In the end though, it was the simple statements of the ordinary people who witnessed the ceremony, and were so deeply touched by it, that conveyed the emotion.”
Christopher Stevens, Daily Mail

“You can see it, this genuine affection for his subject. There is a relaxed mellowness about Paxman that you didn’t see/don’t see much on Newsnight/University Challenge. Not that Jeremy forgets himself totally as a journalist – this is not fawning hagiography.”
Sam Wollaston, The Guardian

“Beyond bromides about the symbolic passing of an older Britain, there were rather more questions than answers. In the end, Paxman nailed his colours to the mast and said what no one else could: that for all Churchill’s flaws, ‘in this age of political miniatures there is no one who can hold a candle to him’.”
Jasper Rees, The Telegraph

“When we venerate Winston Churchill, are we in fact venerating a time when Britain sat at the top of the world’s table, with the big man himself at the head, on his 18th cigar of the day and necking his pint of Pol Roger? That was the question asked, sort of, by Jeremy Paxman – now a freelance hellraiser untethered by the constraints of Newsnight – in Churchill: The Nation’s Farewell. It was history, simply told.”
Will Dean, The Independent

“How impactful does a state funeral seem to a modern youngster who’s seen the way pop stars and footballers get married? That, in a way, was the question being asked throughout Jeremy Paxman’s documentary. Unfortunately, the person he asked for the viewpoint of today’s average youngster was the Mayor of London, Boris Johnson.”
Matt Baylis, Daily Express

“It would be hard for Wolf Hall to surpass its opening and episode two lacked the insistence of the first. It is clearer what we are watching, however: a masterclass in managing up.”
Andrew Billen, The Times

“Wolf Hall is so dark, we might as well be watching parts of it on the radio. But thanks to the brilliance of the cast and the ingenuity of director Peter Kosminsky, all this darkness does make sense. We’re straining our eyes to see, just as Cromwell, played by the superb Mark Rylance, is feeling his way through the murky politics of the Tudor court.”
Christopher Stevens, Daily Mail

“So far director Peter Kosminsky and scriptwriter Peter Straughan have arranged the narrative as, more or less, a series of conversational jousts. It’s like watching a chess grandmaster go around a room playing 20 challengers at once. The spectacle is dizzying, and the acting magnificent.”
Jasper Rees, The Telegraph

“Rylance continues to mesmerize as the man of questionable birth rising to become the king’s right-hand man. His calm, collected and measured performance really has the audience rooting for him. We want him to get that divorce, even if it means resorting to questionable methods.”
Neela Debnath, The Independent