TV Critics: Churchill: When Britain Said No; The Night Bus

“This was a devastating if gleefully one-sided assault on Churchill’s memory.” 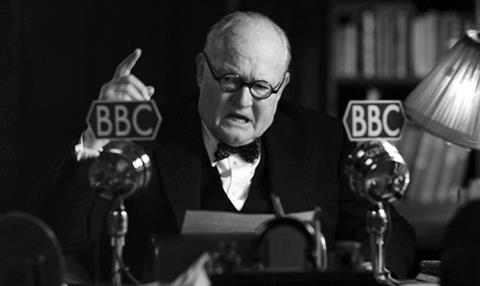 Churchill: When Britain Said No, BBC2

“What they revealed about Churchill’s character demolishes the image of the military hero, and replaces it with a grouchy, stubborn, occasionally racist character, with a “magpie mind”, no vision for and no sympathy for the common man. Even his youngest daughter and wife criticised him.”
Emily Jupp, The Independent

“This was a devastating if gleefully one-sided assault on Churchill’s memory. But it helped to explain why a man now unquestioningly revered had a much more complex relationship with the Britons who were his contemporaries.”
Jasper Rees, The Telegraph

“It was brave scheduling, using a bank holiday to knock down a bastion of Britishness. However, it was a beautifully done bit of iconoclasm. Intelligent academic insights were coupled with personal accounts. Atmospheric newsreel gave way to sharply shot black-and-white dramatisations, often potent in their dissonance and violence.”
Alex Hardy, The Times

“Unlike other rigged shows in the One Born Every Minute mould, the participants here are only on the bus for a brief spell. They don’t have time to forget the cameras and start behaving like realistic versions of themselves. With so many of the passengers either referring to the cameras or playing up to them, it is very hard for the director and editor to find those golden moments of truth.”
Julia Raeside, The Guardian

“A voice-over vaguely attempted to daisy-chain random encounters into some sort of storyboard, but really The Night Bus lived by an older and wiser rule: that there’s no substitute for sticking a camera on a subject and trusting the material. This was natural history, but with humans.”
Jasper Rees, The Telegraph