TV Critics: Confessions of a Copper; The Newsroom

“I found that, although I was horrified, I wasn’t entirely unsympathetic. The ex-coppers featured are being honest; it’s just what went on.” 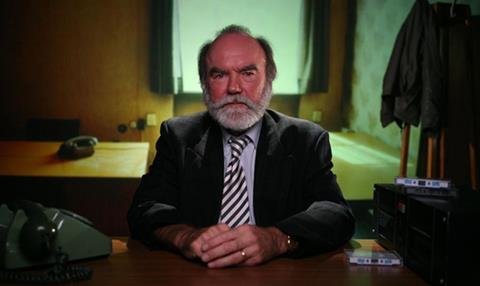 Confessions of a Copper, C4

“The ‘confessions’ concerned the career stories of eight former police officers, who were impressively candid about some former misdemeanours (always perpetrated by their colleagues).

It was a pity, then, that the tone was so poorly judged. Accusations of serious wrongdoing – prisoners being mistreated, suspects being framed – were interspersed with light-hearted archive footage of Sixties coppers being drilled by their sergeant and joshing with children on their beat.

Worse still, it briefly became a jaunty documentary about sexual harassment. Some of the men whimsically recalled the ‘station stamp’ – an initiation ceremony for female officers which saw their male colleagues brand their bare buttocks with a timestamp.”
Tom Rowley, The Telegraph

“I found that, although I was horrified, I wasn’t entirely unsympathetic. The ex-coppers featured are being honest; it’s just what went on. These are the pawns, and the mouthpieces, to the real villains: the institution, the culture, and most of all the age in which they worked. (Now they’re all angels, obviously; albeit angels buried under a mountain of paperwork, protocol and political correctness.)”
Sam Wollaston, The Guardian

“Composed of little more than short interviews and a bit of background commentary filling in between, this show, the first in a series, had a hard job deciding what its mission was.”
Andrew Billen, Daily Express

“This instalment, speaking to “ordinary” policemen (teachers and doctors will follow), was a dizzying, unsatisfying history of the UK police force, told through archive footage and (often unlikeable) talking heads.”
Sally Newall, The Independent

“The documentary, highlighted something that for which Margaret Thatcher has rarely been given credit…Interleaved into the film was a brief history of television current affairs: compare and favorably contrast Channel 4’s just ended 24 Hours in Police Custody.”
Andrew Billen, The Times

“It was a stronger season opener but the worst fault, too late now to correct, is that of the show’s characters lie on a spectrum between moderately engaging and really irritating.”
Andrew Billen, The Times