“There wasn’t enough to lift the film much above a point-gasp-envy! look at the way the other 0.1% live.” 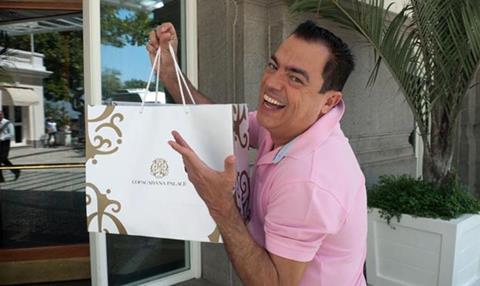 “This was a one-off documentary which, almost unprecedentedly, felt like it would be better as a series.”
Neil Midgeley, The Telegraph

“There wasn’t enough to lift the film much above a point-gasp-envy! look at the way the other 0.1% live.”
Lucy Mangan, The Guardian

“This should have been gripping television. But the documentary team seemed scared to film in the favelas.”
Christopher Stevens, Daily Mail

“This World: Copacabana Palace was an awkward hybrid of how the other half lives hotel-peeping stuff and a sober look at growing social divides in Brazil.”
Matt Baylis, Daily Express

“The most bizarre sight on Man Vs Weird was the spectacle of an ordinary, amiable telly presenter travelling so far outside his comfort zone that he was constantly on the verge of hysterical heebie-jeebies.”
Christopher Stevens, Daily Mail

“Farnaby was so unchallenging that he wasn’t even Louis Theroux lite. But oh, the larks. Especially when ‘million-volt man’ Bibi Struja hooked up his body to a generator and conducted enough electricity to cook, in his hands, a large Serbian sausage.”
Alex Hardy, The Times

“What emerged from Simon Farnaby’s travelogue was not so much a better understanding of unusual physical phenomena, as a picture of these deprived pockets of Europe where superstition and poverty meet to create a depressing kind of magic.”
Ellen E Jones, The Independent

“The dearth of opportunities that makes polarising cutlery or passing a million volts through your already-scarred flesh seem like a terrific career move was apparent. But there wasn’t enough social commentary or, failing that, informed scepticism about the claims themselves.”
Lucy Mangan, The Guardian

“One of those blokey, youthy programmes where a funny geezer investigates strange things. The shock-headed Simon Farnaby was a good choice to present this one because he spent much of the episode around high-voltage electricity sources.”
Matt Baylis, Daily Express

“This has been ITV crime drama at its best. It didn’t pretend to be anything but a genre piece, and included lots of ingredients that were instantly familiar to viewers of TV crime series or Hollywood renegade-hero movies. But this was a whocanprovewhodunit that managed to honour its Hollywood influences, while remaining grittily British.”
Neil Midgeley, The Telegraph

“This was a proper finale: taking a series already full of pace and sweeping it up a notch into a real eyes-wide drama.”
Alex Hardy, The Times