“An addictive, tightly plotted thriller was unfolding. Who knew financial crime could be this much fun?” 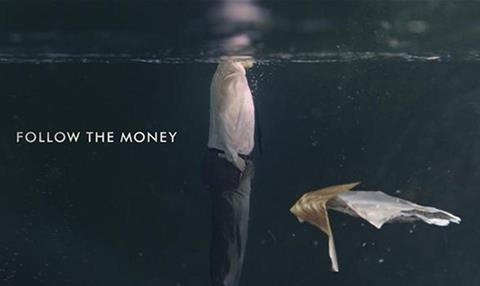 “Follow the Money expertly played up the differences between what we want to see and the bleaker reality. By the end of the first two episodes … an addictive, tightly plotted thriller was unfolding. Who knew financial crime could be this much fun?”
Sarah Hughes, The Independent

“Power and its misuse play a big part … Fun, with a strong crime element from the start.”
Matt Baylis, Daily Express

“When they present the George Monbiot award for Most Worthy Foreign Language Drama about Sustainable Energy at this years’s Baftas, I’ll be even more angry if Follow the Money doesn’t win it.”
Stuart Jeffries, The Guardian

“The series caused a sensation, and it wasn’t the scenery — what won over viewers was the affectionate concern Tim lavished on his wife and the gentle way she teased him in return. They’re in their 80s and it could have been mournful or maudlin, but instead the way they relished every minute together was an inspiration.”
Christopher Stevens, Daily Mail

“I was crying so much that I wondered if the energy generated by my tears could be fed (somehow) by Energreen’s boffins into the National Grid … Great Canal Journey was what Follow the Money is so far failing to be – genuinely involving, human Scandi drama.”
Stuart Jeffries, The Guardian

“What makes his programmes so fascinating is the presenter’s sheer commitment. He’ll sleep anywhere, eat anything and do it with humility, not like a show-off celebrity.”
Christopher Stevens, Daily Mail

“It was a rare case of pretty much everything coming to an end exactly as expected. Fate, with an unobtrusive nudge from the eponymous country medic, ensured decency won the day … Not that a deficiency in such traditional dramatic devices as tension, catharsis and character development had any negative effect on our enjoyment of Doctor Thorne.  It was refreshing just to sit back and watch everything pan out cheerfully for the pretty young folk in their fine costumes.”
Gerard O’Donovan, The Telegraph

“First, this adaptation is straying from Le Carré’s plot and, heresy I know, the new twists are all improvements. Second, the series is finally suppressing the comedy that threatened its credibility.”
Andrew Billen, The Times