“You don’t have to pay close attention to Foyle’s War, but it’s worth it for the detail-rich historical context of Anthony Horowitz’s plots” 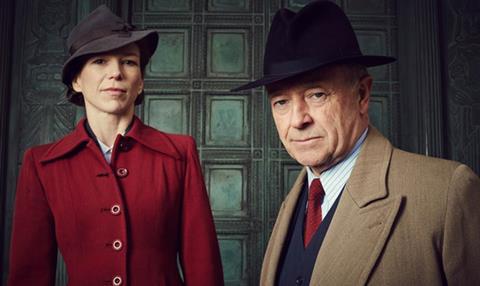 “The plot was as ever splendidly complicated and played out to a backdrop of stunning period detail. What makes Foyle’s War top flight though, is the willingness to grapple with the beefy, moral issues that emerge during and after a war”
Matt Baylilss, The Daily Express

“You don’t have to pay close attention to Foyle’s War, but it’s worth it for the detail-rich historical context of Anthony Horowitz’s plots, especially now the series has arrived in the murky moral fog of post-war London”
Ellen E Jones, The Independent

“Horowitz’s writing was superb because it satisfyingly broached lots of political without overburdening the spy drama. In a drama set convincingly in austerity years grimmer than ours and with some fine performances, there was only one problem: the London on screen looked nothing like it. Otherwise, if I had a mid-40s trilby, I’d doff it to Horowitz.”
Stuart Jeffries, The Guardian

“I must say that I actually prefer Foyle’s War now there is no war (it’s been over since series six). The shifting currents of the post-conflict era, and of Foyle’s own position, make it a more intriguing, shadowy and complex series than before. And perhaps charisma is over-rated in a detective.”
Terry Ramsey, The Telegraph

SAMMY DAVIS JR: THE KID IN THE MIDDLE
BBC4

“The Kid in the Middle inevitably missed out some important elements. There was almost nothing on his conversion to Judaism, for instance, and not enough on his uneasy relationship to the racial politics of the era. With a character as resolutely razzle-dazzle as Sammy Davis Jr, it can be near impossible to get beyond the showbiz veneer. Presumably, that’s as he would have wanted it.”
Ellen E Jones, The Independent

“Levison Wood joined up with a pair of other walkers, one of whom died suddenly of heat exhaustion along the way. I’m sure everyone did everything they could, I’m equally sure their shock and grief were utterly genuine. I’m sure too that the producers were blooming delighted to have captured this event on film. Not my idea of entertainment and not a journey that I’ll be watching any more of”
Matt Baylis, The Daily Express

“This mysterious arrangement was held together by presenters Alexander Armstrong and Rochelle Humes (from The Saturdays). Like the acts, they were more enthusiastic than dazzling, often with lines that came from the TV Presenters’ First Book of Links – for example: “How do you follow that?” cried Armstrong after one performance, before adding, “Well, in fact, you follow it with our next act…”
Terry Ramsey, The Telegraph