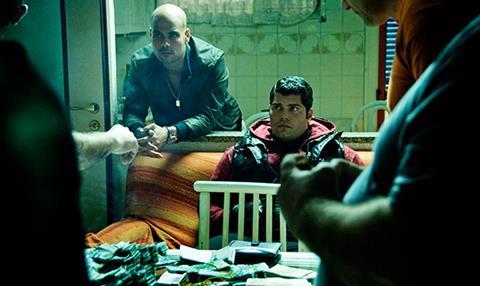 “The colour palette of the show is dark, full of inky greens, blues and blacks, and bright, shocking ambers. There are a further 11 episodes to go, but it’s not too much to assume that the narrative structure will follow this palette. That’s the thing with cliches: they’re pleasingly reliable. The interesting thing will be the journey.”
Bim Adewunmi, The Guardian

Neither the script nor the acting are anything special, but those familiar with the Italian-American take on the gangster genre might find the novelty of gritty realism is reason enough to stay tuned.
Ellen E Jones, The Independent

“By the end of one episode of Gomorrah you felt like entering a witness protection programme. It’s crude and ugly (in a good way) – and, for those of us whose pathology is to romanticise Italy, it is another fizzing antidote.”
Jasper Rees, The Telegraph

Railways of the Great War with Michael Portillo, BBC2

“Portillo is always urbane company. He’s even starting to resemble a splendid steam engine, all elegance and iron. But, fleeting glimpses of footage aside, this pernickety programme about deployment felt short on humanity.”
Jasper Rees, The Telegraph

“One of those pieces of television where a middle-aged male broadcaster is allowed to immerse himself in a personal passion, wear a waterproof jacket and spend a lot of time gazing off into the distance as he’s filmed interviewing other men who are into the same thing.”
Ben Machell, The Times

“Portillo is not always an engaging travel companion. It wouldn’t be half as much fun to find yourself chatting on an InterCity to him as to Michael Palin. But the former politician does have a confident grasp of every show he makes, and he understood exactly how to assemble his argument.”
Christopher Stevens, Daily Mail

“A rather fascinating delve into the technology that tragically made mass slaughter across Europe possible.”
Virginia Blackburn, Daily Express

“Horrible Histories: Frightful First World War Special is not, strictly speaking, last night’s TV. It first aired on CBBC at 9am yesterday morning, but it would be remiss of me not to recommend an iPlayer catch up in the strongest possible terms.”
Ellen E Jones, The Independent

“At a time when you can’t move for programmes that are wrapped-up in the mind-bending horror and sweeping human tragedy of the conflict, the Horrible Histories team stuck to their guns and essentially mined the bloodiest war in British history for informative, child-friendly lols.”
Ben Machell, The Times