“I could not imagine a finer tribute to the 96 than this. Never mind me, Liverpool will award it five stars.” Read on for the verdict on last night’s TV. 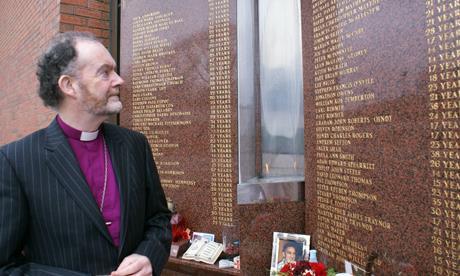 “Propagandist, in the sense that it could find nothing bad to say about Liverpudlians, but we had already heard from the other side, which had been given 23 years to lie its head off … I could not imagine a finer tribute to the 96 than this. Never mind me, Liverpool will award it five stars.”
Andrew Billen, The Times

“Frustratingly, the film pulled its punches in favour of a more impressionistic rendering of the disaster.”
Horatia Harrod, The Daily Telegraph

“Did nothing to break the almost sacramental reverence that the event now commands … There were moments when its over-artful sorrow felt a little like the contemplation of stigmata, poised between pride and sympathy.”
Tom Sutcliffe, The Independent

“The best returning cop drama we’ve had since The Bill … treats the characters with respect, police work with respect and, perhaps most importantly of all in a TV drama, the audience with respect.”
Matt Baylis, Daily Express

“A beautifully engineered programme. It’s both pleasingly sudsy and deliciously grisly, but manages to transcend both the soap and detective genres … Somehow Sally Wainwright has made the traiditionally dull quality of professional competence seem positively thrilling.”
Horatia Harrod, The Daily Telegraph

“Has obviously lapped the British Isles so many times there isn’t a single cove or creek that hasn’t been visited. But they’re doing themes now to string it out some more. Quite successfully, too.”
Sam Wollaston, The Guardian

“We got the point after the first example. After an hour, we’d have regarded arsenic poisoning as mercy.”
Matt Baylis, Daily Express

Do you agree? Have your say