“It was painfully raw at times, broken up with flashes of black humour, surreal wit and gratuitous bum gags.” 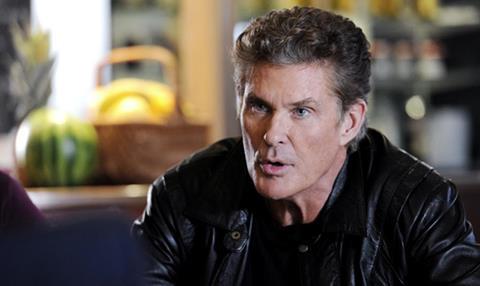 “There are some lovely jokes, both in the set-up and in the cast. The celebrity pastiche feels painfully accurate: funnier than Episodes, yet fairly darkly drawn, like Doll & Em. Credit also, to the star, who seems willing to have his own joke not only stretched but also pummelled by some fine collaborators.”
Andrew Billen, The Times

“It was painfully raw at times, broken up with flashes of black humour, surreal wit and gratuitous bum gags. This is nothing we haven’t seen before. However, it takes pluck and chutzpah to pull off, both of which this show has in spades.”
Michael Hogan, The Telegraph

“For the millions who have dogs, there’s nothing better on TV than this mixture of canine psychology and hidden camera footage. It’s fast-moving, with rapid-fire segments and lots of snippets to add interest.”
Christopher Stevens, Daily Mail

“The trouble here was the stars of the show can’t speak and the results weren’t terribly dramatic. Nobody cried or hugged. It all felt strangely flat.”
Michael Hogan, The Telegraph

“With the help of some naff but necessary dramatic reconstructions, surgeon and author Gabriel Weston told the stories of four ground-breaking criminal investigations. Her perky presenter manner was amusingly out of place amid all the crime scene gore.”
Ellen E Jones, The Independent

“It was fascinating, of course, but there was no vulgarity about it – a guilty pleasure with all the guilt removed. Perhaps the soundtrack was a little lurid, with its dramatic thunderclaps and cymbal crescendos. But that wasn’t Dr Weston’s fault. She was as restrained as the headmistress of a nice girl’s school.”
Christopher Stevens, Daily Mail

“A decade since its shiny revamp, the MasterChef franchise’s recipe is all too familiar but remains fail-safe: smoothly compelling and cleverly edited. This was a typically tasty hour of hypnotically well-produced television. Cooking doesn’t get much slicker than this.”
Michael Hogan, The Telegraph

“Celebrity MasterChef returned, again showing us that cuisine today is as much a compilation task as a cooking task, a restaurant dish called pig on toast having the title of a minimalist artwork yet enough components for a game of Mouse Trap.”
Andrew Billen, The Times

“This child of the Nineties could recognise former Blue Peter presenter Yvette Fielding and the ‘one and only’ one-hit wonder Chesney Hawkes, but the rest of them were a struggle. Is that the tarty one off Emmerdale? Someone from Hollyoaks, maybe?”
Ellen E Jones, The Independent