“This is a show to be enjoyed on a sensual, as much as intellectual, level. From the creepy opening credits, to the inky shadows that seep into every shot, it plays like an ever-darkening study in amorality.” 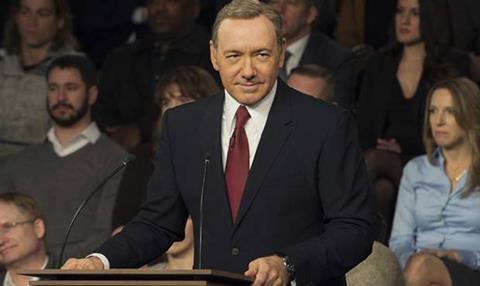 “House of Cards third season seems content to be a twisted take on The West Wing. Even down to the addition of some familiar-sounding military drums as the credit sequence rolls.”
Ellen E Jones, The Independent

“This is a show to be enjoyed on a sensual, as much as intellectual, level. From the creepy opening credits, in which Washington DC landmarks loom, to the inky shadows that seep into every shot, it plays like an ever-darkening study in amorality.”
Ed Power, The Telegraph

“There wasn’t a moment of Peter Kosminsky’s direction or Peter Straughan’s deft, beautifully elliptical writing that left you wanting for anything throughout this six-week splendour. But the final 15 minutes – with Anne’s death interspersed with flashbacks to Thomas Cromwell’s typically reluctant, typically thorough, inspection of the scaffold – were exceptional.”
Lucy Mangan, The Guardian

“Wolf Hall was a rare example of a TV series that made the most of everything at its disposal, from the murky complexity of its source material to the translucent beauty of light falling through windows. It delivered an overwhelming sense of the fascination of history.”
Gerard O’Donovan, The Telegraph

“This brisk and tidy documentary was not exactly overburdened with bombshells and it is baffling that it should have been pulled from the schedules last year (reportedly after the intervention of lawyers representing the Royal Family). It was nevertheless a shock to be reminded just how under siege the Royals can feel.”
Ed Power, The Telegraph

“Steve Hewlett, the programme’s presenter, and Kim Shillinglaw, the controller of BBC Two, both deserve praise for their courage in exposing all this. They can claim credit too for a series that demonstrates the paradox of a royal family that knows, as Prince Harry said, privacy died with the birth of social media, yet expects the old media to treat its star turns as invisible unless paraded on a photo call.”
Andrew Billen, The Times