“This may have been worthless as history, but someone deserves a knighthood for bad telly this good.” 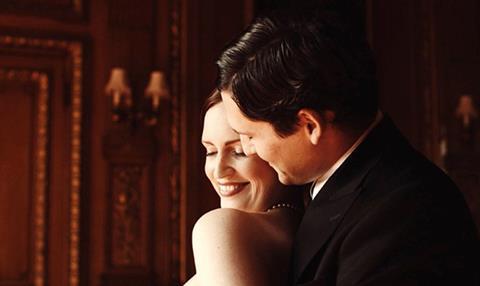 “The promise of the title was an empty one: this was very much a view from the exterior, lining up a rogue’s gallery of historians, journalists and former flunkies to spout scurrilous, treasonous and unapologetically entertaining tittle-tattle with barely a jot of actual evidence. The mess of speculation, hearsay and codswallop may have been worthless as history, but someone deserves a knighthood for bad telly this good.”
Gabriel Tate, The Times

“For a programme billed as going Inside Buckingham Palace, this new three-part Channel 5 series did nothing of the sort. Even scenes that looked like they could have been filmed inside the London landmark were labelled as reconstructions. This was instead a potted history of royal gossip brought to life via interviews with those on the peripherals and some very strange dramatisations.”
Amy Burns, The Independent

“This was a brisk romp through the history of the royal family since the Queen took charge, employing a familiar mix of archive footage, dimly lit dramatic reconstructions and a parade of reliably anodyne talking heads. Weirdly, it was also narrated by comedian and impressionist Phil Cornwell, giving the whole thing a veneer of irreverence that, if intentional, was underserved.”
Tim Dowling, The Guardian

“The usual array of talking heads was wheeled on, as familiar as most of the stories they were telling, and the only false note was struck by using actors to illustrate the tales being told who bore no resemblance whatsoever to the people they were supposed to represent.”
Virginia Blackburn, Daily Express

“This was an unprecedented glimpse inside the workings of the justice system and offered real insight into the heavy caseloads, the complex decisions behind charges, and the frustrations at getting all the required evidence together – never mind securing a conviction.”
Amy Burns, The Independent

“It made gripping television out of a job that essentially involves poring over documents. The Prosecutors offered no pyrotechnics. Just quietly inspiring examples of exceptional human dignity and endeavour.”
Gabriel Tate, The Times

Behind the scenes: The Prosecutors

“An odd aspect of the programme was that the camera had access to everything to do with the prosecution of defendants except the actual day in court. All we got were some captions detailing bits of testimony. The barring of cameras from courtrooms is beginning to seem a rather quaint exemption these days, although here it served to throw the work of the CPS into even sharper relief.”
Tim Dowling, The Guardian

“Prosecutors: Real Crime and Punishment made for painful viewing, not least because the story on which the programme focused last night involved the loss of a child. In a way it was very reassuring, however, for in chief crown prosecutor Claire Lindley we saw a woman who emphasised that they were dealing with real people’s lives.”
Virginia Blackburn, Daily Express

“One Child serves as a pointed commentary on China’s regime. Indeed, it seems more interested in politics than the people affected by them. And that’s a shame because the best moments of the drama come from the delicate interactions between Mei and her birth mother which highlight the emotional complexities of adoption.”
Rachel Ward, The Telegraph