TV Critics: Inside the Animal Mind; The Zoo Next Door; The Taste; Extreme World

“Just the right blend of science and spectacle.” Read on for the verdict on last night’s TV. 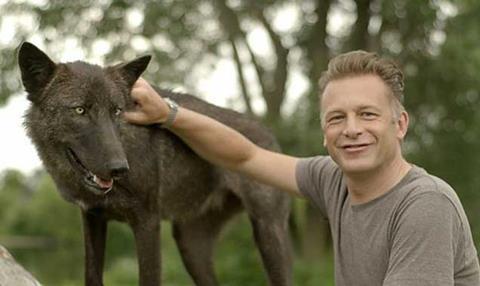 Inside the Animal Mind, BBC2

“It’s fascinating, all of it – just the right blend of science and spectacle. And Chris Packham is an excellent guide, serious without being boring or schoolteacherly.”
Sam Wollaston, The Guardian

“Packham registered the right blend of scientific knowledge and sheer wonderment at the alien senses of animals. One sequence, that demonstrated the sensitivity of a shark’s electrical receptors, was amazing.”
Christopher Stevens, Daily Mail

“It’s hard not to like Packham. His unrepentant Morrissey-fan haircut and depth of naturalist knowledge both help, but more than anything it’s just his relentless enthusiasm for animals. Whenever you see him on a nature programme he always seems genuinely delighted to be there.”
Bern Machell, The Times

“The programme contained several awe-inspiring moments. These moments were spaced a little too widely between the procedural details of Packham’s naturalist experiments for this lay man pet owner, however.”
Ellen E Jones, The Independent

“Trying to go Inside the Animal Mind sounds as futile an exercise as trying to find out how a cat purrs: look for it and you won’t get an answer. Wisely, presenter Chris Packham didn’t spend too long pondering what animals think about. Instead he concentrated on how they experience the world around them.”
Matt Baylis, Daily Express

The Zoo Next Door, BBC1

“It was basically one  of those programmes about extreme hoarders, only instead of junk the subjects filled their homes with animals. Jasmine Harman, the presenter, dealt with everyone like some sweetly dappy HR manager, gently encouraging them to admit that, yes, perhaps their behaviour was a little odd.”
Ben Machell, The Times

“Presenter Jasmine Harman was a warm presence: all toothy smile, sincere eyes and pregnant bump. She was sympathetic to the subjects, holding hands and issuing hugs when they got upset. However, answers to these ‘issues’ never really came. Ultimately, this film was intriguing but rather pointless.”
Michael Hogan, The Telegraph

“The most ill-conceived cookery programme ever aired. Everything about it is revolting, from the outsized ladlefuls of gourmet slop served up by the contestants, to the sight of the three judges talking with their mouths full.”
Christopher Stevens, Daily Mail

“Ross Kemp proved how unfair it is that he’s often lumped together with dilletante documentaries like Danny Dyer’s Deadliest Men and Shaun Ryder on UFOs. He’s a much more sensitive interviewer and approaches his subjects with a more serious interest, even if he does usually come across like an off-duty copper.”
Ellen E Jones, The Independent