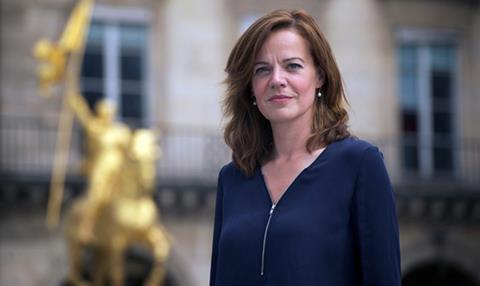 “Dr Helen Castor stripped away the accreted layers of subsequent interpretation, myth and legend to give us the barest, cleanest bones she could of what is, even at its sparest, an astonishing story.”
Lucy Mangan, The Guardian

“God’s Warrior was elegant, engaging and rigorous. [Dr Helen] Castor wanted us, as Joan’s image becomes appropriated by cause after cause, not to forget the human underneath.”
Alex Hardy, The Times

“There was a lot of walking round medieval ramparts bathed in beatific light, which might have felt trivial if it was not for [Dr Helen Castor’s] access to contemporary documents from the trial. She reconstructed original dialogue and where some historical reconstructions jar, the words were the stars here.”
Sally Newall, The Independent

“To my mind, much remained unanswered. When did the first mantelpiece models appear and when did songwriters decide Joan was such a great subject for the hit parade? On a more serious note, when did she become an icon? Right after her death or did early feminists adopt her in more recent times? As with Christianity, the story surely didn’t simply end with the martyrdom, it began with it.”
Matt Baylis, Daily Express

“With such a theatrical story, of a peasant girl inspired by visions of angels to lead armies and treat kings as her equals, the temptation must have been to fill the screen with computer effects and extras.

“It proved far more effective to let Moffett, a former star of The Bill whose husband is David Tennant, tell the story in Joan’s own words. We were allowed to picture the scenes ourselves — such as this 17-year-old illiterate girl crossing hundreds of miles of enemy territory, during France’s sadistic civil wars in the 1420s.”
Christopher Stevens, Daily Mail

Gary Lineker on the Road to FA Cup Glory, BBC1

“It was a thoughtful and balanced look at the contest’s importance. Particularly nice was the way it looked at the cup’s role in elevating the underdog.”
Alex Hardy, The Times

“Gary Lineker on the Road to FA Cup Glory [was] a surprisingly spine-tingling documentary about the relevance of the competition ‘where milkmen dream about playing against millionaires’”
Sally Newall, The Independent