TV Critics: Joe Wicks; Victoria; Are You Being Served?; Porridge

“Wicks shows that the yabbery confidence required for social-media branding can fluently be transferred to television.” 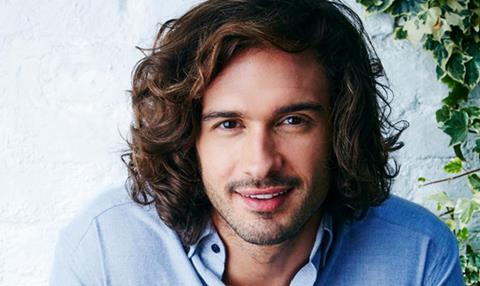 “He’s a Russell Brand, Jamie Oliver and Dapper Laughs smoothie, perfectly packaged for television, already familiar and designed to fit into an existing USB port in your brain. It’s a seductive cocktail, despite the shrill slang, that left me wanting to leap off the sofa and swing a couple of bean tins above my head. And hating myself for it, obviously.”

“What an irksome twit, cynics will scoff, slumped and untoned from their sofas, but then Wicks seems to know what he’s doing and is, frankly, what you actually want from a body coach. We need these body-positive gurus to be larger than life. Wicks shows that the yabbery confidence required for social-media branding can fluently be transferred to television.”

“Joe Wicks cannot be real. He must be a prank, a fake personality dreamed up by some comedian, to create Britain’s most insanely irritating celebrity. He can’t truly be that awful — he’d have been chased out of town long ago.”

“Where his Duracell Bunny cheeky chappie persona might be palatable in small snapchat-table doses, it is less so over 50 minutes. But you know what? There is no disputing that Wicks is a very good thing. In an age of ‘wellness’ guff propagated by lifestyle gurus high on pseudo-scientific quackery, Wicks keeps things honest, rational and above all sustainable.”

Hugh Montgomery, The i

“While Daisy Goodwin’s script for Victoria was ripe with overly knowing winks to epoch-making moments and had a fair whiff of Mills & Boon rose-scented romance about it, there was also a terrific pace and fizzing exuberance. Jenna Coleman totally convinced as the pint-sized powerhouse, conveying Victoria’s girlish volubility, vulnerability and iron will all at once.”

Are You Being Served?, BBC1

“Derren Litten, sensibly, didn’t airbrush the show, but fondly disinterred its double entendres. Thank heavens it’s only a one-off, though: a little of Mr Humphries mincing in his mother’s kitten heels goes a long way.”

“You felt as if you were watching an obsolete regional theatre performance of a British farce. The saving grace was the cast, who pastiched the original characters with such gusto that you sat mesmerised despite yourself.”

“There was no swearing, none of the grimness of the likes of the ghastly Fleabag, but instead a lot of puns and innuendo that actually made you smirk. Could modern comedy writers not learn something from this?”

“Like all the great Clement and La Frenais work, this was comedy with a bittersweet flavour, yet it still felt dated. Shane Allen, who commissioned the season, says he wants it to prompt a national discussion about comedy. It might succeed at that level, yet it’s hard to applaud shows with all the originality of photocopies.”

“So many things have changed since they wrote Porridge – heartless automated doors have replaced the nightly jangle of keys, there’s group therapy and downward dogs. Happily, though, tinned pineapple remains the leading carceral currency.”

“All credit to everyone involved, but they just could not recreate the chemistry between Ronnie Barker and Richard Beckinsale. There’s a reason that show has gone down as one of the all-time greats.”