“The makers of Life Behind Bars: Visiting Hour may have hit on the fixed-rig format’s platonic ideal.” 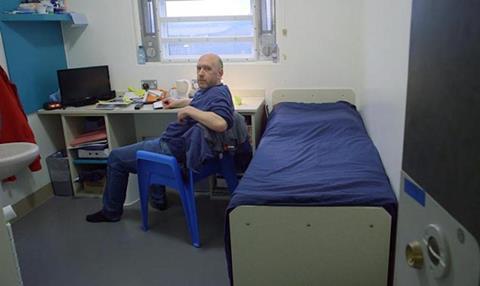 “In the quest for new tricks to teach that rapidly ageing dog, the fixed-rig camera documentary, the makers of Life Behind Bars: Visiting Hour may have hit on the format’s platonic ideal. The visiting room at HMP Low Moss provided an intense little stage on which hope, frustration, despair, resentment and, especially, love were painfully compressed.”
Andrew Billen, The Times

“This interface, where inside meets out, makes a refreshing, gentler change from the usual TV glimpses behind bars. No door-banging, or fights or prisoners so off their heads on spice they don’t know where they are or what they are doing. It is still sad, and mostly hopeless, but also very human.”
Sam Wollaston, The Guardian

“Two of the cons were much what you’d expect jailbirds to be — one a violent drunk, the other an old lag who remembered Strangeways in the Eighties, ‘when jails were jails’. But the other duo were intriguing characters, and it was fascinating to eavesdrop on their conversations for an hour.”
Christopher Stevens, Daily Mail

“This documentary does not try to sensationalise crime, prison or people’s lives. Instead, it takes a calm, honest look at the impact that convictions can have on real people and their relationships. It’s insightful to the last. And just like visitation, it makes for an emotional hour.”
Rebecca Monks, The I

“Broken has had its fanciful moments but it has rarely succumbed to sentimentality. Yesterday’s reverse benediction was tear-making, but not tear-jerking, its sentiment earned.”
Andrew Billen, The Times