“The old Bethlehem burying ground unearthed near Liverpool Street station is fascinating in itself and doesn’t need the bang-crash-crikey treatment given here.” 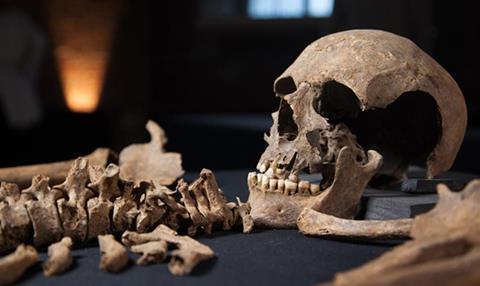 “It suffers from a glut of hyperbole, from the ridiculously overblown music to Robert Lindsay’s almost hysterical (in both senses) narration. The old Bethlehem burying ground unearthed near Liverpool Street station is fascinating in itself and doesn’t need the bang-crash-crikey treatment given here.”
Julia Raeside, The Guardian

“Intriguing details of 17th-century life were brought artfully to the fore by the slo-mo, black-and-white and heavily soundtracked stylings of London’s Lost Graveyard. In a city of our capital’s size and age, we’re always walking on the graves of our ancestors, but it’s amazing what was revealed when these bones were dug up.”
Ellen E Jones, The Independent

“Just in case we had a failure of imagination, there were overcooked inserts of contemporary Londoners behaving like their forebears, knifing each other and collapsing dead from the plague.”
Jasper Rees, The Telegraph

“An unexpectedly touching film by Olivia Lichtenstein about the 75-year-old curator of the nation’s cultural treasures. Most striking of all is Bragg’s honesty and willingness to be transparent about the more difficult periods in his life. It’s disarming to say the least and left me with a deeper respect for one of our finest broadcasters.”
Julia Raeside, The Guardian

“If Melvyn Bragg: Wigton to Westminster on Saturday had been a Melvyn Bragg South Bank Show it would have been an above average one, mainly because its subject was generously, at times painfully, forthcoming. Lichtenstein’s interviews with her subject came close to brilliance, but fell short either out of timidity or an excess of respect.”
Andrew Billen, The Times

“I realised watching this revealing portrait how many of his great interviews I’d seen. I also realised that, though going strong, Bragg and his contemporaries owed their powers and their reputations to a very special time and place. The path from Wigton to Westminster wasn’t easy, but it was open, in a way it won’t be again.”
Matt Baylis, Daily Express

“As Dicky, Nathaniel Parker was magnetic, but even he could not make this badly staged Freudian savagery credible.”
Andrew Billen, The Times

“Much of this rang true. And yet something in the storyboarding fatally depleted the atmosphere of accumulating tension. The plot frogmarched disjointedly from one crisis to the next, giving important scenes insufficient room to breathe and bringing a psychological coarseness to fine-grained undercurrents of feeling.”
Jasper Rees, The Telegraph

“Prince has no shortage of either energy or charisma, but it’s the sketches themselves that are the show’s strength. These were mostly observational nuggets, unashamedly aimed at a young-ish metropolitan audience, and many of them could only have been made in Britain.”
Ellen E Jones, The Independent

“Like a Sixties pop group still flogging around the club circuit long after the original members have left, Dragons’ Den is going through the motions and playing all the old hits, but convincing nobody. It would be an embarrassment on the summer season bill at Bexhill-on-Sea’s Pavilion, never mind national television.”
Christopher Stevens, Daily Mail