TV Critics: Lost Tribe of the Amazon; Who’s the Boss; The Inspectors Are Coming 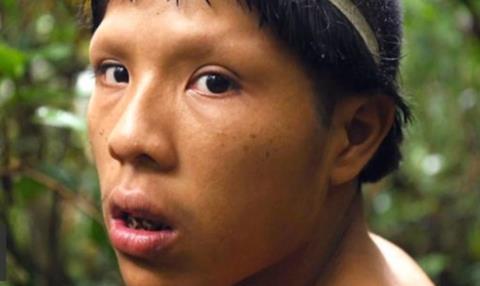 “A remarkable documentary giving exclusive access to a tribe believed to be among the last people on the planet who had no contact with the outside world.”
Daisy Wyatt, The Independent

“The resulting documentary was truly a revelation — but if a revelation can be disappointing then this was it.”
Andrew Billen, The Times

“It seemed profound and exciting, until the subtitles appeared and we realised that what these Indians in their loincloths were actually saying was fuelled by frustration and greed. However, this fascinating but scrappy program … concealed a major surprise. Far from being relics of a prehistoric era, the tribes turned out to be descendants of refugees who fled into the forests around 100 years ago, to escape the slave gangs on rubber plantations. So much for the romance of the Lost World.”
Christopher Stevens, Daily Mail

“Interesting thought this experiment was, the outcome was rather predictable and the programme lagged as a result … At times the episode felt like a war between stereotypical assumptions of the sexes, which detracted form an otherwise worthwhile experiment.”
Daisy Wyatt, The Independent

“If there’s a vote, you want to know the actual results, not just who won … I also think we should have found out from boss Tony if Jill got his vote. But an interesting experiment.”
Sam Wollaston, The Guardian

“The idea is that, if you’re going to be working alongside these recruits, you’ll want to select the best. This is naive, arrogant and entirely devoid of any understanding about how normal people think … The truth is that nobody sane wants to bring in competition which is better qualified, or more efficient. That’s just asking to be made redundant.”
Christopher Stevens, Daily Mail

“Its third episode contained less action than the previous two. Yet it was a near perfect piece of writing … None of these scenes was like any I had seen on television.”
Andrew Billen, The Times

“Happy Valley is one of the best dramas on TV thanks to Sarah Lancashire’s brilliant portrayal of Catherine Cawood and some staggeringly skilful writing.”
Virginia Blackburn, Daily Express

The Inspectors Are Coming, ITV

“The makers … tried their best to drum up a little drama and intrigue but to be completely honest there’s only so much you can do with dropped litter … These true-life documentaries about the ongoing battle against anti-social behaviour are all very well but they can be, whisper it, a little dull.”
Virginia Blackburn, Daily Express