“It’s certainly entertaining television – Don’t Tell the Bride meets Take Me Out with the ante upped. And then upped again, seriously upped.” 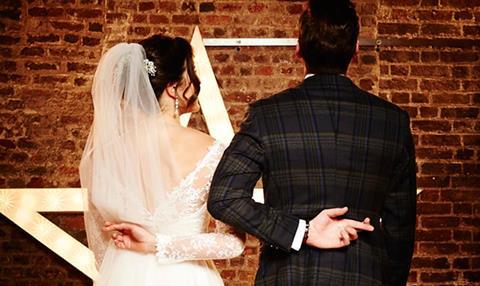 “The programme dangles the possibility that this might be a new, rational means of matchmaking. But arranged marriages have been working at least as well as the other kind for millennia, and however it comes about, fate and chance still hold the aces. I was bereft when it ended. I will have to watch episode two.”
Horatio Clare, Telegraph

“As with a lot of Channel 4 programmes, everyone must have wondered where the ‘social experiment’ ended and the ‘simple exploitation’ began.
Matt Baylis, Daily Express

“I tell you, after nine series of Coast I am losing my ability to react too. It is One Show bland.”
Andrew Billen, The Times

“An episode of Coast can sometimes be like a charming companion at the bar. You pass an enjoyable hour, you part ways. Later you wonder if you learnt a single useful thing.”
Matt Baylis, Daily Express

“The new series of Grand Designs is really just a mash-up, best-of compilation, but its Kevin McCloud is in a different class as a presenter. Last night he fashioned 15 years of clips into an elegant essay on the possibilities of urban living.”
Andrew Billen, The Times

“Straw villains, puerile humour, interesting issues, such as special schools, unexplored – you had the feeling that no one on the production can have been any more challenged than Stephen Fry, who put his name by Elba’s as executive producer.”
Horatio Clare, Telegraph