“Luke Sewell’s skilful film wasn’t really about the Tough Mudder. It was about modern masculinity and relationships. As such, it was disarmingly intimate.” 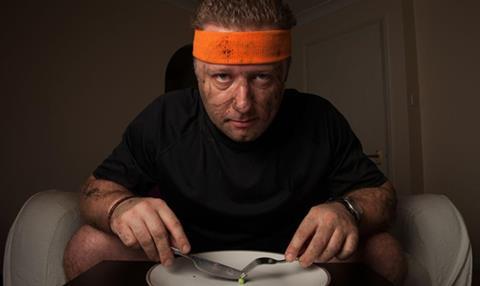 “Luke Sewell’s film was a remarkably sincere exploration of the kinds of ordinary crises that drive men to haul themselves through mud and fire, to climb walls and swim through ice cubes in search of redemption. Along the way, it quietly dispelled a lot of myths about middle-aged men.”
Tim Dowling, The Guardian

“Director Luke Sewell’s skilful film wasn’t really about the Tough Mudder. It was about modern masculinity and relationships – between fathers and sons, mothers and mummy’s boys, best friends and manly rivals. As such, it was disarmingly intimate.”
Michael Hogan, The Telegraph

“The film began as what looked like a really good sneer at men who spend their weekends on Tough Mudder’s outdoors obstacle courses but disarmingly deepened to a profound and sympathetic insight into mired manhood.”
Andrew Billen, The Times

“The programme set out exactly what it is that drives men (and a few women) to such extremes and what the consequences can be.”
Virginia Blackburn, Daily Express

“The programme’s methods to reunite family members – old-fashioned sleuthing, face-to-face meetings, and hand-written letters – hark back to a non-digital age and are packaged to yank hard on the heart-strings. This episode was no different. What we were watching was raw, human drama.”
Sally Newall, The Independent

“A more callous show would rerun the emotional collapses again and again in a highlights reel. Instead, it is much more touching to see them just the once, a privileged glimpse into the realms of other people’s most private emotions.”
Christopher Stevens, Daily Mail

“When the emotional revelations come, the cameras should back off. Now, I know full well that this is the point of programmes such as Long Lost Family but some moments should be respected, and that includes the first sighting of your long-lost child.”
Virginia Blackburn, Daily Express

“I’m not quite sure why Doll & Em exists. It’s not quite funny or incisive enough and Sky don’t seem to know what to do with it, either. That said, it’s warm, charming, and breezily watchable. Perhaps that’s reason enough.”
Michael Hogan, The Telegraph

“Doll & Em, blissfully back for a second series, anatomises female friendships. There would be five stars for Doll & Em were two such ratings in a single review not a sign of critical infirmity.”
Andrew Billen, The Times