“This would have been great, if the subject matter had not been so stultifyingly dull.” 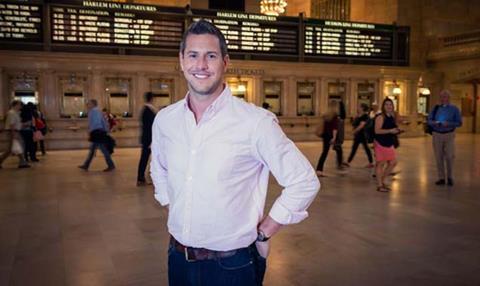 “This would have been great, if the subject matter had not been so stultifyingly dull. Whose brilliant idea was it to go to the world’s most vibrant city and make a documentary about the history of its transport system?”

“New York: America’s Busiest City was flawed in a number of ways but possibly the greatest was the manner of the somewhat juvenile presenters. All eyes wide open at the thrill of it, they gave the impression that they were schoolchildren excitedly recounting what they did on their summer holidays.”

“A three-parter broadcasting on consecutive nights, this had a slightly disconcerting Springwatch vibe, but instead of live footage of nesting birds twitching in their sleep, we got the contents of Grand Central’s lost and found collection.

All Together Now: The Great Orchestra Challenge, BBC4

“Everything about All Together Now: The Great Orchestra Challenge impressed me. If you’re moved, as I am, by watching a grown man make an upside-down jaffa cake, wait until you see people of all ages, races and classes playing instruments together for love not money.”

“It was neither as depressingly cynical as The X Factor or Britain’s Got Talent nor as wantonly tear-jerking as a Gareth Malone series. Katie Derham was fine as the host and the double bassist Chi-chi Nwanoku full of vim in a mentoring role.”

“This series has no clue of who its audience is, or how it wants to tell its stories — a good idea wasted.”

“A classy cast did their best but the characters were too rote to stick in the memory. Sunday night’s flashbacks to Grace Bros or the adventures of Fletch’s grandson in Porridge were intended to provoke a little nostalgia, but this felt more dated than either.”