TV Critics: Ordinary Lies; Prison, My Parents and Me; Women, Sex and Society

“Danny Brocklehurst’s episodic serial is one of the best dramas on television this autumn.” 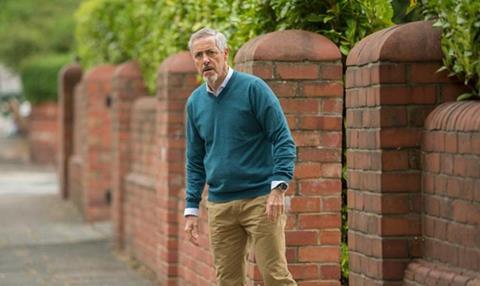 “Five episodes in, it is time to acknowledge that Danny Brocklehurst’s episodic serial is one of the best dramas on television this autumn. Yesterday’s was a masterclass in how to achieve that rare narrative double: a story that is both unpredictable and true to its characters.”
Andrew Billen, The Times

“This series has thrown up some daft scenarios but this was a simple and believable story. This was less about the Lies, more about the Ordinary, and that’s when this series is best.”
Christopher Stevens, Daily Mail

“The episode managed the tensions at play well. I only wish the portrayal of Fletch and Caz’s marriage hadn’t been so stereotypical.”
Daisy Wyatt, The i

Prison, My Parents and Me, BBC1

“Prison, My Parents And Me was another sorrowful yet brilliant documentary from Brian Woods, whose films often highlight the hidden struggles of kids.”
Matt Baylis, Daily Express

“With all of the children in Catey Sexton’s touching documentary, there’s a kind of parent-child role reversal, where it’s the parents who are naughty and needy and the kids who have to be grown up, and suffer, silently.”
Sam Wolllaston, The Guardian

“Shown as part of the Children in Need season, it had a clear campaigning purpose. Yet the film did not pack the intended punch, partly because the children were all so good looking and articulate and partly because of Sexton’s reticence to tell us what crimes the parents had committed.”
Andrew Billen, The Times

“This documentary, drawing on decades of Beeb reports on the status of women, was full of grand and dotty generalisations. That said, there was much to enjoy — most of it clips of unnamed women talking about their lives to BBC interviewers.”
Christopher Stevens, Daily Mail