“There is no escaping the fact that Outnumbered is not as funny as in days of yore. But it is still unmissable.” Read on for the verdict on last night’s TV. 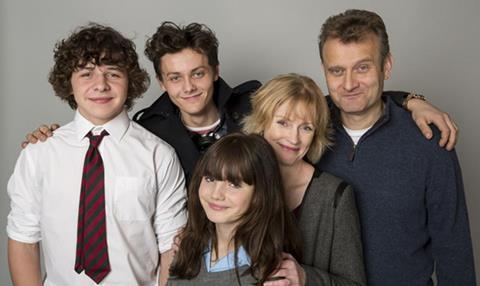 “The innocent charm the children once possessed has inevitably vanished, but the uncanny accuracy of their portrayal of modern kids remains. There is no escaping the fact that Outnumbered is not as funny as in days of yore. But it is still unmissable for its pure understanding of family life.”
Sarah Crompton, The Telegraph

“My (admittedly unscientific) research suggests the people who like Outnumbered are the sort of smug metropolitan middle-class Farrow & Ball families. I really don’t like the Brockmans. Pete and Sue are moany, bickery ditherers, constantly worrying about their dull mediocre problems.”
Sam Wollaston, The Guardian

“Now that the adorably funny children of Outnumbered are grown up, the cutest sitcom on TV has lost its charm. Shirley Temple was dropped by the studios when she hit young adulthood. The Beeb should have done the same with this once magical comedy.”
Christopher Stevens, Daily Mail

“Its reading of family relationships is acute. It keeps touch with reality and every line is funny, almost.”
Andrew Billen, The Times

“Identical hunky docs Chris and Xand van Tulleken were our guinea pigs. Xand went on a high-fat, low-sugar diet; Chris did the opposite. My punt before I watched the show was that it might conclude: don’t have too much of each. Quelle surprise.”
Ellen E Jones, The Independent

“It was an informative film about nutrition. From a television perspective, though, it was a bit muddling. Is that Chris, or Xand? Both are the kind of WASPish type you might expect to find rowing (like in an eight), maybe in Barnes, or possibly on the Hudson River.”
Sam Wollaston, The Guardian

“Those who tuned in hoping for a simple answer were going to be disappointed. After 10 years of studying the effects of high-sugar and high-fat diets on people, nutritional expert Dr Susan Jebb could only conclude that no extreme diet was a good thing.”
Matt Baylis, Daily Express

“After a month sugar-bingeing Chris lost a kilo and fat-gobbling Xand lost four. At this point, the twins spluttered incredulously and turned from the experiment – its significance downgraded from the claims made for it at the top of the programme – toward expert advice, as Horizons tend to.”
Andrew Billen, The Times

“I’m not entirely sure I’ll tune in agaain. It’s good-hearted and full of useful advice about opening restaurants but ultimately not as entertaining as watching Gordon Ramsey ripping someone to shreds.”
Matt Baylis, Daily Express

“For at least three quarters of its overly long running time The Restaurant Man threatened to be nothing more than a baggy holdall of TV clichés. But just as you reached for the off button, something extraordinary happened: their first burger bar was a success.”
Sarah Crompton, The Telegraph