TV Critics: Sacred Rivers; Wonders of the Monsoon; Doctor Who

“Another richly intriguing slice of geopolitical travelogue from the thinking man’s Michael Palin.” 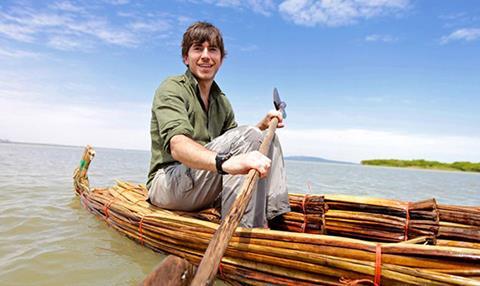 “I’m not a massive fan of the travelogue – especially the celebrity one. But Reeve isn’t a celebrity, and this isn’t just travelogue. Reeve’s good at making things that have the potential to be boring not boring. Plus he’s an affable travelling companion. I’m already looking forward to floating down the Ganges with him next Sunday.”
Sam Wollaston, The Guardian

“What Reeves brings to his historical expeditions is a depth of knowledge that makes you want to visit these places yourself. If you overlooked it in the 9pm slot last night, because it clashed with Downton or Our Girl, Sacred Rivers is well worth seeking out.”
Christopher Stevens, Daily Mail

“Despite the worrying message, this was another richly intriguing slice of geopolitical travelogue from the thinking man’s Michael Palin. It’s a rare programme that dares to suggest religious clashes could be a smokescreen for scraps over food and water.”
Matt Baylis, Daily Express

Wonders of the Monsoon, BBC2

“I’ve heard some sonorous nature documentary narrations in my time, but Colin Salmon on Wonders of the Monsoon makes Patrick Stewart of Earth sound like a 13-year-old soprano at choir practice. Such a delivery, plus a stirring score composed by Nitin Sawhney, is only appropriate. This new five-part series is to ordinary nature documentaries as a sea breeze is to the monsoon itself.”
Ellen E jones, The Independent

“The grey moon surface provided an uninspiring backdrop for what amounted to a galactic metaphor for the pro-choice debate, plus an almighty falling out between Clara and the Doctor. This episode was perhaps the weakest so far in a strong series.”
Ellen E Jones, The Independent

“Saturday’s episode was one of those that leap from the silly to the sonorous without apology. Children will have liked the giant spiders. Adult fans will, perhaps, have been less impressed by the fake-dilemma presented to the doctor’s companion Clara.”
Andrew Billen, The Times

“Kill the Moon was an imaginative piece of storytelling that combined whimsy and action. Perhaps most importantly there was an honesty about it. It lacked the clever-cleverness that has marred recent episodes and proved how good Doctor Who can be when it simply tells a story.”
Ben Lawrence, The Telegraph

“Capaldi’s Doctor seems to be trying to woo Clara with his time machine, like a grey-haired businessman in a sports car trying to impress his secretary. It’s horrible, and it has to stop.”
Christopher Stevens, Daily Mail