Films at 59 supplies filmic kit for the next Doctor Who 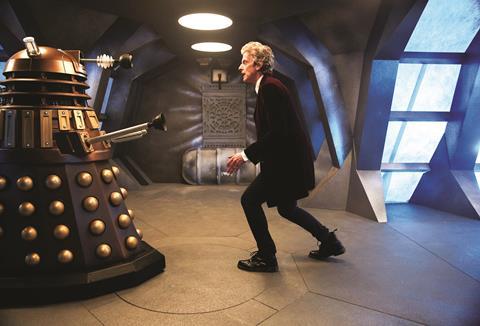 Series 11 of Doctor Who is being shot using Cooke and Angenieux anamorphic lenses for the first time as the show’s production team move to make the show look more filmic.

Bristol’s Films at 59, the company that supplies equipment to BBC Studios for production of the sci-fi drama, is making available Cooke anamorphic Prime lenses and Angenieux Optimo anamorphic zooms that will be used with Arri Alexa XT and Alex Mini cameras.

According to Films at 59, director Jamie Childs and director of photography Dennis Crossan want the lenses to bring an increased cinematic look to the show which went into production at the end of October.

Films at 59 hire client manager Dave Wride said: “The BBC have made a monumental leap here to enhance the look of Doctor Who and I’m sure the fans will not be disappointed with the distinctly cinematic results that this lens and camera combo will afford them.”

Series 11 of Doctor Who will be the first to feature Jodie Whittaker as the Doctor and will also star Bradley Walsh, Tosin Cole and Mandip Gill.

Whittaker will be the Thirteenth Time Lord, taking over from Peter Capaldi who leaves the show at Christmas.

Series 11 will also be the first for new head writer and executive producer Chris Chibnall, who takes over as show runner from Steven Moffat.

The 10-part series will air in Autumn 2018, kicking off with an hour-long special followed by nine 50-min episodes.

Doctor Who is a BBC Studios production for BBC One and a BBC America co-production.

IMAGE: From series 10 of Doctor Who