“How to Win Gold was such a fascinating and well-made piece of television that it even had me hooked.” 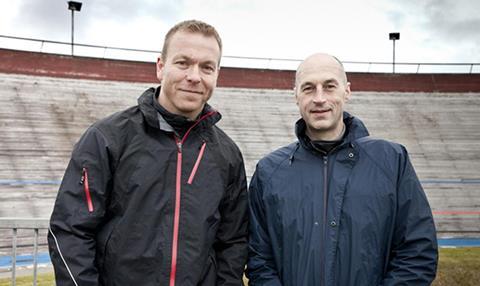 “How to Win Gold was such a fascinating and well-made piece of television that it even had me hooked. The beauty of it was that it combined Hoy’s extraordinary commitment and drive with a sort of softly spoken, throwaway humility.”
Jake Wallis Simons, The Telegraph

“Once Sir Chris Hoy had stopped kowtowing to the myth of genetic equality, his programme became both fascinating and a little disturbing.”
Andrew Billen, The Times

“What Hoy has is the easy charm and self-deprecating humour of a born TV presenter. He managed to talk earnestly about his cycling demons while laughing at himself.”
Christopher Stevens, The Daily Mail

“The good news is that anyone can do it, says, Sir Chris. No one is born a champion, champions are made – through endless hard work and determination.”
Sam Wollaston, The Guardian

“This was a striking tale of faith and sport, which indicated that when the two are intertwined, huge success is possible.”
Jake Wallis Simons, The Telegraph

“Unfortunately with no sports science to impart and little sign of religious zeal either, Brother Colm and David Rudisha revealed themselves as nothing more exceptional than extremely nice and, in Rudisha’s case, extremely long legged. The best thing really about the documentary was its original title, The Father, The Son and the Holy Coach — which the BBC, for some reason, felt it could improve upon.”
Andrew Billen, The Times

“With no formal background as a trainer, coach or sports scientist, O’Connell has nurtured generations of Kenyan runners with his own brand of hard work, warm heart and practical spirituality, yet religion barely featured here.”
Matt Baylis, The Daily Express

“A shy, lanky, Maasai teenager goes to see an Irish Catholic missionary called Colm O’Connell. Brother Colm, who has never run anywhere in his life, sees the boy’s potential and becomes his trainer. Maybe champions are a little bit born. Because the boy becomes the greatest 800m runner the world has ever seen.”
Sam Wollaston, The Guardian

“This threatened in places to be the most middle-class show ever devised by the Beeb. Foraging through a wicker picnic hamper of bee produce, Martha pulled out a jar and exclaimed: ‘Lemon blossom honey is fantastic! We brought some back from Italy.’”
Christopher Stevens, The Daily Mail

“Buzzing with unexpected facts and jaunty rather than patronising in its approach, this was a sweet bit of nature programming.”
Matt Baylis, The Daily Express

“The Mindy Project is one of the last remaining refuges of genuinely funny romcom on television. Despite its title, one of The Mindy Project’s greatest strengths is a range of supporting characters all as fully realised and intrinsically entertaining as the lead.”
Ellen E Jones, The Independent