“A quite thrilling essay on the wonders and practical dangers of taking to the air.” 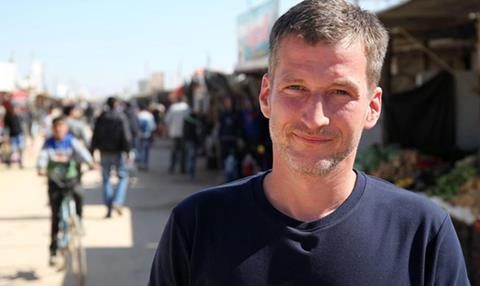 “What seemed to be just another documentary series about planes turned out to be a quite thrilling essay on the wonders and practical dangers of taking to the air.”Gerard O’Donovan, The Telegraph

“The show did its best to ramp up the drama, but actually there was precious little. Probably for the best, no matter how much the start of the third world war would have made for a more exciting hour of television.”
Tim Jonze, The Guardian

“In a particularly thrilling sequence, Nats ordered that an RAF Typhoon be launched from Coningsby to check out an unidentified plane that was not responding to its messages. Sadly, at the end of all this we were told this was just an exercise, so we felt a little cheated.”
Andrew Billen, The Times

“A documentary with an attention span so short, it was apparently directed by a hyperactive schoolboy. Instead of a coherent picture, all we saw were fragments. It lacked a team of presenters to tie the disparate bits together, the way Coast or Countryfile can.”
Christopher Stevens, Daily Mail

“We followed the slipstreams of action and reaction as a passenger jet strayed off its airspace. Compared to this, it must be said, a bloke who flies vintage planes at airshows and a spell with the rescue helicopters seemed rather tame. Worse than tame it felt old hat and made us wonder what on Earth, or in heaven, they could fill another four hours with.”
Matt Baylis, Daily Express

“The whole charm of this show rests not on their destinations but rather on the fact that, now both into their ninth decade, the couple are clearly still in love and possessed of a thirst for life. I’m quite tempted to buy a houseboat and join them.”
Tim Jonze, The Guardian

“The couple are a joy to watch — teasing, quibbling and, during this romantic trip to Venice, flirting, too. The visits to La Fenice opera house, and the palace prison of the tragic bride, La Malcontenta, were pleasantly informative. But really, we’d be quite happy just sailing round in circles with these two.”
Christopher Stevens, Daily Mail

“There’s something intensely personal about seeing them puttering down canals near and far, exchanging the quips and anecdotes of people who’ve lived long, interesting lives together. It is given a special poignancy by the acknowledged difficulties Prunella has with her memory and the gruff, protective way Timothy talks to and about her.”
Matt Baylis, Daily Express

People Just Do Nothing, BBC3

“This is the best ensemble comedy since The Office.”
Andrew Billen, The Times