TV Critics: Stephen Fry: Out There; Diary of a Teenage Virgin; Dogs: Their Secret Lives; The Gadget Show

“Fry was holding a mirror up to a deeply damaging issue – but he also became a sponge for it”. Read on for the verdict on last night’s TV. 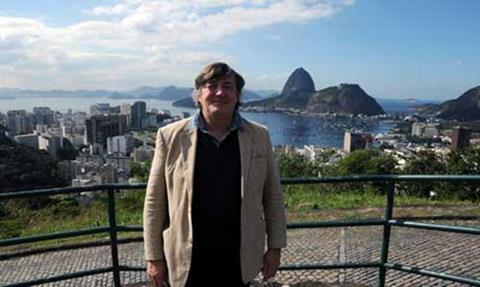 Stephen Fry: Out There, BBC2

“Fry was holding a mirror up to a deeply damaging issue – but he also became a sponge for it… Often, the makers of documentaries such as this claim to be doing so for the sake of progress. It is rare to see someone do so at such a huge personal cost. Hats off to this brilliant and brave man.”
Alex Hardy, The Times

“Sincere as it was, the film hovered too often around a point unthinkingly trotted out: that many countries in which homosexuals are persecuted do so under antiquated laws brought in under British rule. The laws, however, are by no means the only cause of that particular attitude and it’s just not true that no one persecuted homosexuals until the British took over.”
Matt Baylis, Daily Express

“The fiery confrontations between Fry and extreme homophobes – characters more suited to a Louis Theroux documentary – might have made for more entertaining television but they had no place in a serious debate about sexuality.”
Rupert Hawksley, The Telegraph

“Stephen goes to Uganda, where the government is proposing the introduction of draconian laws and the death penalty for homosexuals. He speaks to the minister of ethics and integrity (!), who’s in favour of the new laws, and threatens to have Stephen arrested. Oi, don’t you dare execute him, mister; he can come across as a teeny bit pleased with himself sometimes, but he’s also very clever, and very well loved here, practically a national treasure.”
Sam Wollaston, The Guardian

Diary of a Teenage Virgin, Channel 4

“Diary of a Teenage Virgin filmed eight teenagers over the course of one hot, hormonal summer as they contemplated having sex for the first time… If I had my way none of them would be allowed to even hold hands with a prospective sex partner until they’d turned 28, read the entire works of Simone de Beauvoir, and saved up enough for a deposit on their first home.”
Ellen E Jones, The Independent

“Diary of a Teenage Virgin was an intelligently handled debate that managed to be both sincere and informative without seeming po-faced.”
Rupert Hawksley, The Telegraph

“It made difficult viewing: one greyhound just stood staring and whimpering at the door. A spaniel laid her head on the empty sofa where her owners would sit; a rottweiler howled like a creature bereaved… It was enough to make you feel guilty about ordering your dog off the settee, never mind leaving him home alone.”
Christopher Stevens, Daily Mail

“Anyone hoping for a glimpse into the private world of our furry friends would have been left howling with disappointment. This was a film in  which dog experts told dog owners how to stop their dogs making a fuss when they were left alone. It was stuffed with ‘experiments’ to prove what millions of us already know.”
Matt Baylis, Daily Express

“Jason Bradbury on The Gadget Show tried out Google glasses, a clunky, gimmicky toy with an internet screen projected onto one lens… We’ve become used to the sight of people staggering into lampposts as they try to read texts on their mobile phones — soon the pavements will be blocked by nerds in Woody Allen-type glasses, gazing into space.”
Christopher Stevens, Daily Mail