“This four-parter takes the long way round to reveal the inevitable.” 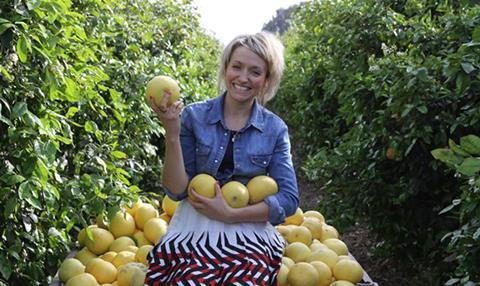 “Quilton eats kale for breakfast every morning and glows with radiant health, but while she’s a fine advert for the green vegetable, neither she nor this programme could explain exactly why it’s so good for us. Something about eyesight? Keep eating it, anyway.”
Ellen E Jones, The Independent

“If you started off by saying the truth about superfoods is there are no superfoods, you wouldn’t have much a of series. Fronted by Food Unwrapped’s Kate Quilton, this four-parter takes the long way round to reveal the inevitable.”
Tim Dowling, The Guardian

“Kate Quilton has devised the perfect format for her new series, Superfoods: The Real Story (C4). It’s perfect for her, at any rate — a round-the-world trip thinly disguised as consumer journalism.”
Christopher Stevens, The Daily Mail

“It looked and felt lacking in inspiration. The endless aerial views of LA’s traffic clogged highways, the well-worn procedural elements, the ennui and corruption of just about every character – we really have seen it all before. Still, there was just enough to keep us watching.”
Gerard O’Donovan, The Telegraph

“In True Detective it’s not the epic stuff that shines brightest (the Hollywood cast, the luxury camerawork, a cliffhanger last night with an utterly absurd wallop). What strikes me most from Nic Pizzolatto’s production is how well it does everyday sadness.”
Alex Hardy, The Times

“Fast-moving and crammed with humour as well as high drama, it had fights, sex crime, sudden death, foul language and ghoulish spectacle. For anyone missing their Monday night fix of Game Of Thrones, this could be the answer.”
Christopher Stevens, The Daily Mail

“Really this show needed only to be a Buzzfeed list, with before and after pictures of terrible tattoos transformed into better ones. In being stretched to a nine-part series there’s padding: we saw shots of the receptionist texting almost as often as we saw a tattoo of a penis (ie, a lot).”
Alex Hardy, The Times

“Besides the big names, The Brink has a lot going for it: high production values, a fair degree of bite, a solid commitment to vulgarity, and worthy targets. As satire, it’s everything it should be, except funny.”
Tim Dowling, The Guardian

“It’s LeBlanc playing a version of himself that’s the real draw here. In his best Episodes, he is the cable-friendly counterpart to Curb Your Enthusiasm curmudgeon Larry David, and this was one of those.”
Ellen E Jones, The Independent