“This is reality TV put to its best possible use.” 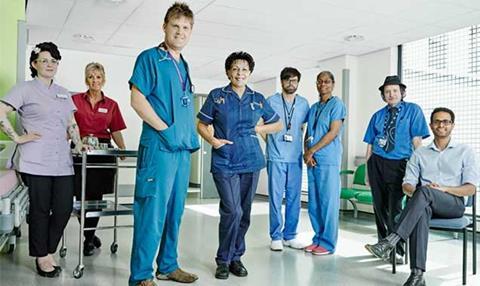 “This is reality TV put to its best possible use. With quickfire editing, it conveyed the sheer workload at the hospital, while emphasising how much effort the staff made to treat every one of the million-plus patients as individuals.“
Christopher Stevens, Daily Mail

“Superhospital is utterly compelling. Because it is about life and death, and amazing doctors and nurses doing amazing things, and people’s lives changing in spectacular ways. It’s also basically the same as 24 Hours in A&E, and I imagine if and when we visit maternity, it won’t be so unlike One Born Every Minute.”
Sam Wollaston, The Guardian

“It felt almost like a straightforward copy of 24 Hours in A&E, except we also got an insight into the longer-term treatment of cancer, liver problems and even hospital car-parking issues. But overall, Superhospital didn’t add anything groundbreaking to the genre. Still, it was stylishly filmed and sensitively scored, and the abiding mood of optimism was infectious.”
Charlotte Runcie, The Telegraph

“This distinguishes itself by taking in every aspect of the working life at Royal Derby Hospital, where 150 different professions work in 105 different departments. Yet somehow the daily travails of car park manager Mel or catering supervisor Paul were not as captivating as the life-and-death struggles of medical trauma.”
Ellen E Jones, The Independent

“Instead of making whoever commissioned Superhospital feel bad about this typically ITV slice of medical feelgoodery, I shall praise the director-producers Toby Paton and Lana Salah for, in the first episode of four, making a documentary that made a virtue of virtue. Jayne, the senior sister on the ward, was a character strong enough to make it into a sitcom never mind a docusoap.”
Andrew Billen, The Times

“This beautiful documentary series shows all the familiar faultlines and foibles of our world in an encampment of reed huts in Ethiopia’s South Omo Valley. But for the goats outside, it could have been another day in Corrie.”
Matt Baylis, Daily Express

“The Tribe is slow and laboured, overshadowed with the nagging suspicion that the footage is being manipulated. The soundbites by rural Hamar tribesmen in southern Ethiopia appear to be cherry-picked for their shock value and there’s a glee in the editing that borders on racism.”
Christopher Stevens, Daily Mail

“The series is filmed using fixed-rig cameras, intercut with interviews. Maybe it’s because of this hands-off approach, but there was frustratingly little light shed on the complexity of issues facing the people in the spotlight. From social and political issues and the prevalence of guns, there are depths to the Hamar people’s experiences that these fixed-rig cameras didn’t reach.”
Charlotte Runcie, The Telegraph

“For dog owners, this show is crammed full of useful training tips, but, unlike the more science-led pet documentaries, it’s of little interest to anyone else.”
Ellen E Jones, The Independent

“I like dogs. I’m interested in the experiments to test their sense of smell, problem solving abilities, etc. I don’t like dogshit though. It’s just disgusting – the idea, the spectacle of Jaydee chewing away on a turd, everything about it, it’s making me feel ill. I don’t want it on my pavement, in my park, and I don’t want dogshit on my television. Thank you.”
Sam Wollaston, The Guardian

“There is, in this furry equivalent of Supernanny, always a solution and it was, like the dogs themselves, both simple and clever. The more eagerly Steve pounced on animal droppings, the more Jaydee was convinced they must be something highly valuable. The whole saga reminded me of a friend of mine who will join any queue outside a pub or shop on the grounds that, if that many people want something, he ought to want it too.”
Matt Baylis, Daily Express