TV Critics: The 80s with Dominic Sandbrook; Mo Farah: Race of His Life

“It’s not worthy, furrowed-browed analysis. It’s bold, cheerful, there is knitwear and jokes” 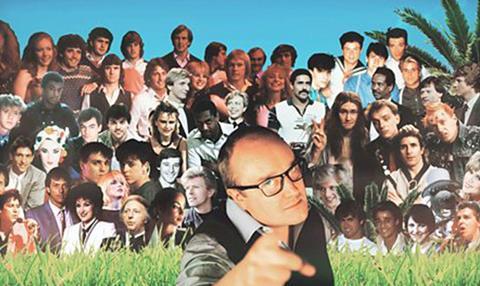 The 80s with Dominic Sandbrook, BBC2

“There’s something of Breakfast TV about it: it’s not worthy, furrowed-browed analysis. It’s bold, cheerful, there is knitwear (a blue tank-top), and jokes (“they wanted family entertainment and who better to provide it than Frank Bough”). And the music – the Human League, Heaven 17, Duran Duran – is important, not just a soundtrack but part of the story.”
Sam Wollaston, The Guardian

“Sandbrook’s television histories may be only the higher journalism, but that does not stop them being fun. If you need someone to draw the through-line between Marks & Spencer’s chicken kiev, Tony Benn’s deputy leadership challenge, The Face, and Dennis Taylor winning the snooker in 1985, pass Sandbrook a crayon… The ideas are gimmicky or else you know them already.”
Andrew Billen, The Times

“Mr Sandbrook is one of those historians who seems to have lived through the eras he talks about….watching the TV shows, wearing the fashion disasters and listening to the pop horrors, in a way other experts seem not to have.”
Matt Baylis, Daily Express

“In his eagerness to adduce every aspect of the Eighties as evidence, some segues seemed a bit pat as he dashed from, say, advertising to fashion-conscious football hooligans to the rise of the shopping centre. If things didn’t fit his argument, they were simply left out.”
Jasper Rees, The Telegraph

“It was an impressively intimate documentary. We learnt that in bed Farah and his wife kiss through the oxygen tent he sleeps under. It was not a portrait exactly riddled with complexity, however.”
Andrew Billen, The Times

“An intriguing insight not just into one man’s ravenous craving for victory, but also his profound terror of defeat.”
Jasper Rees, The Telegraph