TV Critics: The Apprentice; The Fight For Saturday Night

“The interview stage is usually one of the highlights of the series but, Littner aside, the interviewers failed to deliver any killer one-liners” 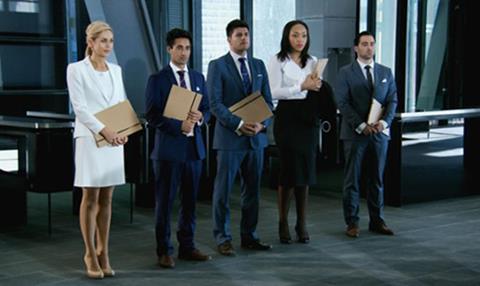 “The candidates had largely omitted the usual whoppers from their CVs so instead the great beasts stampeded over dreams and presumed to divine souls (or in Bianca’s case, the place a soul should reside). Sugar was party to this. Daniel left the boardroom with the consolation prize of having emerged from the run in Sugar’s phrase “an improved person”. Christmas or no Christmas, the interviews made particularly uncomfortable viewing this year.”
Andrew Billen, The Times

“God, [Claude Littner’s] odious, isn’t he? More than a bully, he’s like a walking, talking violation of the Human Rights Act. Maybe it’s all put on for the pantomime, and he’s a lovely sweet man in real life. Ha. Fired then? Hell, no. After the same-old-same-oldness of the tasks, and the candidates, he – and this whole episode – is so very welcome. Being appalled by Claude is a lot more entertaining than being a bit bored by Alan Sugar.”
Sam Wollaston, The Guardian

“The interview stage is usually one of the highlights of the series but, Littner aside, the interviewers – Mike Soutar; Claudine Collins; and previous winner Ricky Martin – failed to deliver any killer one-liners. Only Akhtar, who was ordered to leave the room by Littner and immediately walked into a window, was truly put through the wringer.”
Rupert Hawksley, The Telegraph

“The series started two months ago with 20 candidates instead of the usual 12. Alan has been firing them in twos and threes ever since, which has wrecked the tension. It’s an experiment that has failed, but there was no shame in trying to revive a jaded format. The biggest problem was that the most hapless contestants went out first, not one by one but mowed down — and they were the ones who were fun to watch.”
Christopher Stevens, The Daily Mail

THE FIGHT FOR SATURDAY NIGHT, BBC4

“It was the story of yo-yoing fortunes for ITV and BBC One until we reached the uncertain equilibrium of today where both The X Factor and Strictly Come Dancing (generously described by ITV’s former boss Claudia Rosencrantz as “the most beautiful entertainment show in the world”) go in and out of favour.”
Andrew Billen, The Times

“The problem, often, with documentaries about the television industry is that they’re placed in the context of wider social change, but The Fight for Saturday Night didn’t do that. For the most part it was simply [Michael] Grade sitting in a well-lit warehouse attic (it looked a bit like the one from Dragon’s Den given a bit of a sweep) talking to the stars of Saturday night, from Bruce Forsyth on The Generation Game right through to Bruce Forsyth on Strictly Come Dancing.”
Will Dean, The Independent

“You wouldn’t think it possible to make a dull show about classics like The Generation Game and Blind Date, but Michael managed. The Fight For Saturday Night was more soporific than a mug of cocoa laced with brandy. If you’re researching a PhD in TV commissioning patterns of the Seventies, this might have been useful — for the rest of us, it was like being locked in the golf club with a committee of bores.”
Christopher Stevens, The Daily Mail