TV Critics: The Bridge; Doctor Who; Arena: Night and Day

“Everything about this slick production was excellent.” 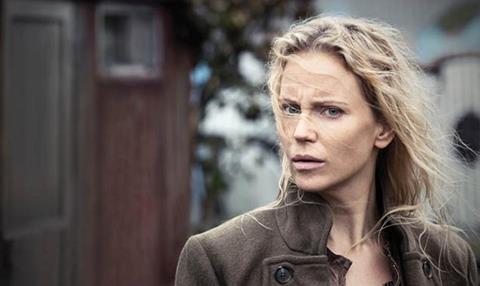 “Everything about this slick production was excellent. From the solemn filming to the clever sound techniques. The characters are utterly believable and, while there were numerous plots, subplots and tangents, it never strayed so far as to lose the viewer in its rabbit warren of criminals, victims and law enforcers.”
Amy Burns, The Independent

“By the end of the first episode, you’re caught in the web. Then after the second, The Bridge starts to consume you. You’ll be brooding over it, worrying, at night, during your own insomnia.”
Sam Wollaston, The Guardian

“The grotesque murder-victim tableau is a current cliché of the more baroque TV murder series. It was well done here, however. The Bridge remains exactly what winter Saturdays are made for.”
Andrew Billen, The Times

“Saga remains one of the most fascinating characters on TV. This series of The Bridge though still has some way to go to prove itself the equal of the previous two, which stand alongside Borgen and The Killing as the finest examples of Nordic noir.”
Chris Harvey, The Telegraph

“This feels like an episode of television you could only ever see on Doctor Who. A heady mixture of science fiction, Gothic whodunnit and emotional rollercoaster, it doesn’t just leave you breathless – it leaves you wanting more.”
Jon Cooper, The Independent

“Under producer Steven Moffat, Doctor Who has become needlessly complex and tortuously contrived. Stories make no sense, characters have no continuity and, instead of scaring and exciting us, the writers appear to be interested only in showing off how much arcane trivia they know from episodes 50 years ago. The latest offering was the worst of the lot.”
Christopher Stevens, Daily Mail

“Arena: Night and Day was a visual poem, a hallucinatory montage of old editions arranged to follow a single day from the hour before dawn to the dead of night. Made by Anthony Wall and Alex Jones, this was The Waste Land of jackdaw-assembled documentaries: 90 minutes and as many stolen pleasures.”
Andrew Billen, The Times

“Arena 40: Night and Day was a typically imaginative film from the arts strand that has been responsible for many of the best documentaries made about culture over the past four decades. This was a film of astonishing richness that only occasionally felt as if the brief was dictating the action or that the sequences went on too long.”
Chris Harvey, The Telegraph