“The Briefs could have been depressing but this insightful show had humour to spare.” Read on for the verdict on last night’s TV. 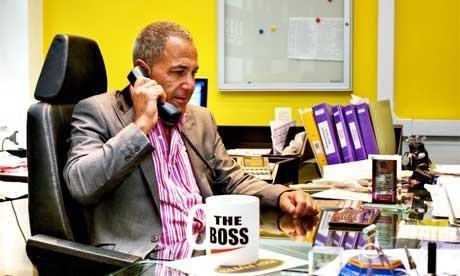 “The Briefs succeeded in illuminating a world of poorly paid professionals drawing heavily on cigarettes beneath yellowing wigs outside drab courthouses. It showed that all jobs are basically the same, regardless of circumstances that seem extraordinary to outsiders: dull, repetitive, often seemingly futile. But given the considerable gift of the documentary’s access, I wanted to learn a lot more.”
Simon Usborne, The Independent

“The Briefs is a good, solid, well-made and fair-minded example of the hidden-world genre but like most of them seems to be begging for a follow-on that would explore some of the issues raised.”
Lucy Mangan, The Guardian

“Sadly, this programme followed the pattern set by other ITV documentaries that gain ‘unprecedented access’ to somewhere or somebody and fail to use it to their advantage… What we were left with, in the absence of any useful insights, was a dreary kind of voyeurism.”
Matt Baylis, Daily Express

“The Briefs could have been depressing but this insightful show had humour to spare.”
Andrew Billen, The Times

“The Briefs was unabashedly sympathetic towards the accused, to the extent that you were rooting for most of them to win in court.”
Bernadette McNulty, The Telegraph

“Now, look. I know it’s summer, I know it’s hot, and everyone’s meant to be away enjoying themselves. But even if the entire isle had been emptied for the duration, even if there were nothing left here but a couple of overlooked pets and some grass snakes, it still wouldn’t excuse this bag of utter balls.”
Lucy Mangan, The Guardian

“At least 20 minutes of enlightenment lay hidden in an hour-long programme bulked up with alliterative presenter-speak from the Gok Wan school… If the verbal gymnastics and silly experiments were the sugar coating a public-service pill, it was one worth swallowing.”
Simon Usborne, The Independent

“Meet the Landlords was a quite narrow look at a group that are about as popular as bankers, politicians and journalists right now.”
Bernadette McNulty, The Telegraph

“Real life’s accidental comedy was missing from the four low-life criminal dramas that added up to Run… The absence was one reason I was so disappointed with the series, but there were others too… Compare these uninvolving, if well-acted tales, with the coruscating fables wrought out of equally austere realities by Jimmy McGovern’s Accused last year.”
Andrew Billen, The Times