TV Critics: The Dentists; Tigers About The House; Secrets Of The Police 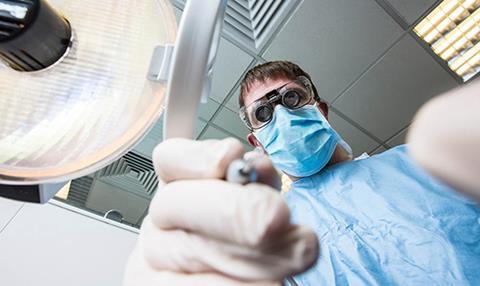 “As with almost any programme about health, it was the perfect illustration of the practice by which whosoever hath, to him shall be given, and whosoever hath not shall be wholly and forever banjaxed”.
Lucy Mangan, The Guardian

“The main problem with The Dentists was the lack of variety – we were either in the waiting room or in the dentist’s chair, the only time the documentary left the hospital being to follow June home with her new dentures”.
Gerard Gilbert, The Independent

“The noise of a wrench, the foot twitch of someone in surgery, a stripe of blood trickling from the mouth of a four-year-old whose toffee habit has led him to multiple tooth extractions … I no more want to watch these terrifying things on TV again than I want to watch Spider Night or Clown Season”.
Alex Hardy, The Times

“Some music would have been a fine addition: soft jazz, classical, death metal, anything really, along with some images of something entirely different going on, such as a potter’s wheel or paint drying, for the whole duration of the show”.
Matt Baylis, Daily Express

Tigers About The House, BBC1

“It was all as emotionally manipulative as it was meant to be. Which is to say I sat right up next to the flatscreen and just cooed”.
Benji Wilson, The Telegraph

“For those who like that sort of thing, this is the sort of thing they like. For anyone else – well, there’s always the football”.
Lucy Mangan, The Guardian

Secrets Of The Police, C4

“It was a quick tour of some equally shocking statistics about the sanctions (vanishingly rarely) applied, the frequency of repeated allegations against some officers and some stories from people who had suffered – and who had proven themselves sufficiently in civil court to have received damages for their suffering – at the hands, and fists and boots and verbal abuse-spewing mouths of those who have pledged to serve and protect us all”.
Lucy Mangan, The Guardian