“Techniques more often seen in drama are skilfully employed to bring out the full impact of real-life storie.” 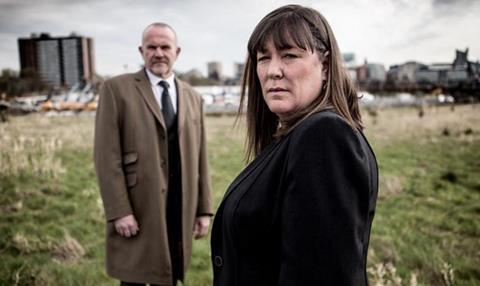 “These are horrifying crimes, investigated in stark urban settings by blank-faced detectives, but the whole is elevated to art by director James Newton’s camerawork and Richard Spiller’s spine-tingling score.”
Ellen E Jones, The Independent

“What it did was to let horrifically sad details unfold without sensationalising them and to get access to cases that was frankly astonishing. Hats off to all involved.”
Andrew Billen, The Times

“Techniques more often seen in drama – multiple storylines, narrative arcs, the building of suspense and big reveals – are skilfully employed to bring out the full impact of real-life stories. The detectives’ strategic planning of their interviews was intensely fascinating, as was the sense of observing a case going exactly the way these cops wanted it to go.”
Gerard O’Donovan, The Telegraph

“TV crime, of course, demands car chases and shoot-outs but this documentary captured the real drama of securing a conviction. The filmed result is not entertainment exactly but a powerful testament to real police work.”
Matt Baylis, Daily Express

“The access allowed to the film-makers for this three-part series was amazing, and also harrowing: victim’s statements, 999 recordings and the nature of the offences made for uncomfortable viewing. But the unassuming dedication of the men and women who do the job meant it was worth watching in the end.”
Sam Wollaston, The Guardian

“The entire series is wrecked by the BBC’s blind arrogance in choosing which crime to explore, and ignoring its own taint of guilt. If the documentary had contained one word of contrition, any admission at all that the Corporation had failed Jimmy Savile’s innumerable victims, there would be some sense of justice. Instead, The Detectives seemed like one more BBC evasion.”
Christopher Stevens, Daily Mail

“The new style Benefits Street feels a lot more true to life. Although the obvious downside of portraying things as they really are (rather than how a TV producer thinks they could be sexed up) was that, all too often, real life was just plain tedious.”
Gerard O’Donovan, The Telegraph

“After last week’s instalment I was worried that in its overwhelming desire to stay onside with its subjects, Benefits Street might inadvertently make the case for the therapeutic effects of grinding poverty. But the upside of struggling to get by wasn’t much in evidence in this outing.”
Sam Wollaston, The Guardian

“Benefits Street was another chronicle of pain, and one that is seemingly inescapable. Spot the cycle. And squint to try to find a silver lining in what was meant to be a more uplifting second series.”
Andrew Billen, The Times

“Like The Fried Chicken Shop and The Secret Life of Pubs, this is another one of Channel 4’s nightlife fly-on-the-walls shows that exploits, for entertainment purposes, the natural tendency of drunk people to do daft things. The Night Bus’s mistake was to attempt to shoehorn a note of plaintive poetry in amid all the bus bantz.”
Ellen E Jones, The Independent

“Anyone nosy enough to enjoy a bit of real eavesdropping, which is most of us, knows that buses are great places to overhear snippets of bizarre conversation. This documentary failed to capture any.”
Christopher Stevens, Daily Mail

“It’s a lovely bit of observational anthopology, this show, offering all the wonders of the night bus, without having to get on one yourself.”
Matt Baylis, Daily Express