“Liverpool’s answer to Travis Bickle is less of a show-off.” 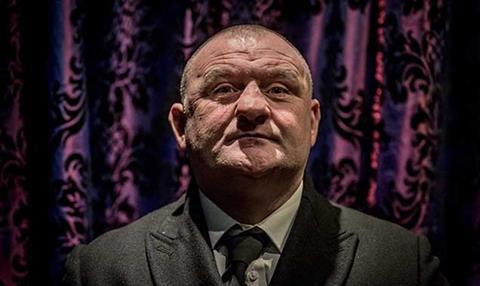 “You’d quite understand if this taxi driver shaved his hair into a mohican and started talking to himself in the mirror. As it is, Liverpool’s answer to Travis Bickle is less of a show-off and there was a welcome strain of downbeat humour running through even the more tense scenes.”
Ellen E Jones, The Independent

“’The Driver’ makes no fresh tracks. Nor, from the opening car chase on, does it steer clear of cliché. Morrisey, however, even by the grip on his steering wheel, convenys the core strength of a man not fundamentally weak and Ian Hart is great as Colin, a loser convinced of his own charisma.”
Andrew Billen, The Times

“Even if you don’t like bitterly, hilariously realistic, gripping drama that leaves you rigid with unrelieved tension by the end, even if it doesn’t gladden your heart to see Morrissey getting his teeth into something worthwhile after being woefully underused in The Walking Dead, watch it for Vince’s discussion with the heavy in the car about the latter’s girlfriend who has gone off to Hartlepool. Watch it for those laughs alone. You won’t be sorry.”
Lucy Mangan The Guardian

“The chef is off to tackle new challenges, though it’s hard to imagine him ever again finding another project that so perfectly suits his temperament.”
Ellen E Jones, The Independent

I Married the Waiter: Love in the Sun, ITV

“Falling in love is a holiday. Falling in love on holiday is like taking alcohol with Prozac. Nevertheless, although Norman Hull’s ‘I Married the Waiter: Love in the Sun’ was a carefully made and well-funded documentary, it failed as a health warning. Some of its holidays romances endured.”
Andrew Billen, The Times

“A compelling Australian crime drama of quite another type.”
Matt Baylis, Daily Express

“Yes, we have seen its like before, in Broadchurch, but the opener more than holds its own against ITV’s surprise hit.”
Lucy Mangan The Guardian