“The first episode was wonderfully atmospheric and beautifully realised.” 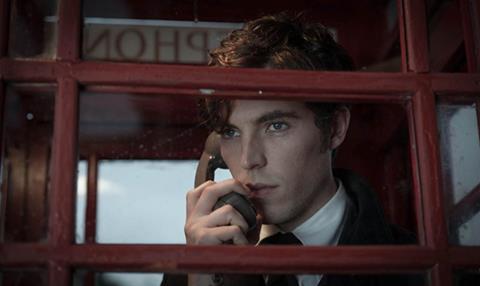 “The first episode was wonderfully atmospheric and beautifully realised: it truly felt like we were back in London of 40 years ago. The production already has something of the look and feel of the classic 1973-set Tinker Tailor Soldier Spy. There is little higher praise.”
Terry Ramsey, The Telegraph

“The Game plunges into the past to wallow in every glorious spy cliche you can imagine. This six-part thriller, starring Brian Cox as an ageing MI5 boss and Paul Ritter as his effete sneak-in-chief, is a comic book version of Le Carre.”
Christopher Stevens, Daily Mail

“The whole thing starts to thicken with intrigue and deepen into a compelling story that convinces on its own terms, even if in real life you aren’t sure whether the KGB were real or just something Ian Fleming had to invent.”
Lucy Mangan, The Guardian

“The interiors of the 1970s office blocks and apartments are more intriguing than the interiors of characters’ minds, with the exception of Daddy’s second-in-command Bobby Waterhouse. Friday Night Dinner’s Paul Ritter plays him brilliantly.”
Ellen E Jones, The Independent

“The Game is a drama of barely suppressed hysteria – unfortunately in this case hysterical laughter. I bet the magnificently overqualified cast hardly contained themselves between scenes.”
Andrew Billen, The Times

“Take the loving retro-detail and cool jazz track of Fifties-based drama The Hour, fling in a new cast, shift it to the Seventies, replace the broadcast journalism with espionage and you’ve got The Game. It’s a bit like furniture from a certain large Scandinavian retailer: flat-pack but still looks pretty good. I’m game.”
Matt Baylis, Daily Express

“Fraud Squad was as good as a public information film, warning how easy it is, in these days of rock-bottom interest rates, to be scammed by the lure of easy profits. Documentaries like this should be required viewing.”
Christopher Stevens, Daily Mail

“The good news is the fraudsters have now all been convicted. What’s more, they’ll also have to live with the humiliating knowledge that mobile-phone footage of them drunkenly cavorting to Jessie J’s ‘Price Tag’ has been broadcast on national television.”
Ellen E Jones, The Independent

“What’s striking is how often, in the process of pursuing and arresting these crooks, the police seemed not really to understand them.”
Matt Baylis, Daily Express

“Matchless details included Idris Elba being proposed as the presenter of new game show Family Face Off, gently sub-moronic intern Will (Hugh Skinner) being baffled by names in the diary and the flickering glances between members of the older guard as bafflement wrestles with politeness, ambition with despair, personal conviction with professional weakness and all, somehow, lose. It’s brilliant.”
Lucy Mangan, The Guardian

“A criticism levelled at W1A is that it is hopelessly, fatally, inward-looking: a comedy by the BBC poking fun at the BBC. But there is more than that. Its send-up of ineffectiveness and pomposity makes it a comedy for anyone who has ever worked in a large organisation and/or has worked with complete idiots. In other words, nearly all of us.”
Terry Ramsey, The Telegraph