“This Gift was badly wrapped and hurriedly chosen, like something picked up from a late-night petrol station.” 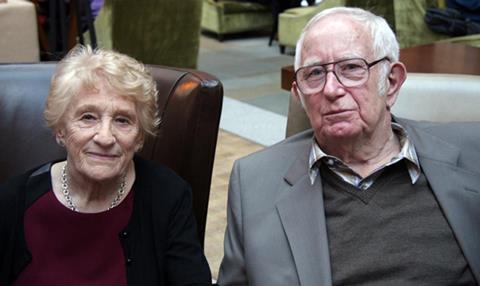 “It proved an awkward mixture of Surprise Surprise and Long Lost Families, and a reminder that ITV does this common-touch telly so much better than the patriarchal BBC. It’s easy to imagine a meeting of Beeb execs, mouthing pompous jargon about ‘ordinary lives’, when they are as clueless about real life as the Shadow Cabinet in a budget supermarket. This Gift was badly wrapped and hurriedly chosen, like something picked up from a late-night petrol station.”
Christopher Stevens, Daily Mail

“You should never say this as a journalist, but was any of this our business? No one was harmed in the making of this programme but in every teary home a viewer’s sensibility was that little bit cheapened.”
Andrew Billen, The Times

“It’s a more serious sort of show than Giedroyc’s usual, but any sense she was suppressing the urge to deliver Bake-Off-style puns was quickly dispelled by her handling of Grace’s tricky situation. Grace, 75, regretted the abrupt way a love affair had ended back in the summer of 1956 and, 58 years later, still felt she owed an apology to the man she’d been unable to track down. Giedroyc gently made sure that Grace faced up to an even more painful possibility – that this man had long-since forgotten her and moved on – before the reunion went ahead.”
Ellen E Jones, The Independent

The Secret Life of Four-Year-Olds, Channel 4

“The Secret Life of 4 Year Olds, which fixed a camera rig to a nursery, brilliantly showed what hard work play is when you are four. It is worse than work. It is like being at a cocktail party filled with narcissists who may thump you.”
Andrew Billen, The Times

“No one does off-the-cuff insults quite like an excitable four-year-old: “You’re just a tiny mouse on a purple toilet!” said Cuba to Skyla when she wouldn’t give him a turn on the scooter. We may begin learning to express emotions in nursery school, but, truth be told, many are still struggling to master this life skill long into adulthood.”
Ellen E Jones, The Independent

“While The Secret Life of Four-Year-Olds was fascinating, it was no Secret Life of Cats. Where were the heat maps showing where the children had been roaming while we weren’t looking? Why weren’t the children fitted with headcams so we could get a kid’s-eye perspective? Don’t tell me it’s because children would take the cameras off – don’t you think they had the same problem with cats?”
Stuart Jeffries, The Guardian

“This really was The Secret Life of forty-plus-year-olds, as sensible waitress Sinem tried to get the men to do what nursery school teachers do daily – to share, trust and make up. Truly, she’d have done better trying to herd cats.”
Stuart Jeffries, The Guardian

“This one-off documentary ran a high risk: by concentrating solely on the three women’s words, with no other perspective from friends or parents, it might have become sentimental or even self-pitying. That it did not was due entirely to the courage of all three. But none of them broke down. Instead, they showed us how they honoured the memory of their husbands.”
Christopher Stevens, Daily Mail

“Uncle, like Nick Hornby’s About a Boy, is premised on the idea that the collective noun for adult males is an immaturity, while children are relatively sagacious. All this is pretty well handled, but I could have done without the sub-Toast of London musical interludes that only underline the infantile clamorousness of adults.”
Stuart Jeffries, The Guardian

“While criminologist David Wilson eloquently reflected on her psychopathy, he didn’t answer the questions that most intrigued me. Why did Dennehy kill only men? What induces actors to play real-life criminals in lurid reconstructions? Sometimes human behaviour is incomprehensible.”
Stuart Jeffries, The Guardian